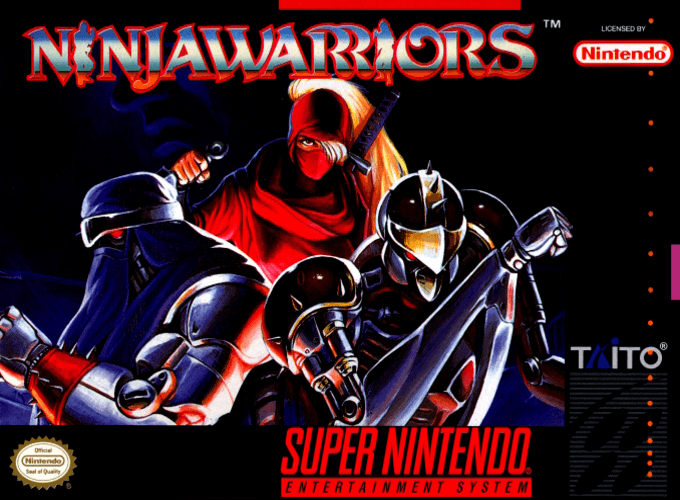 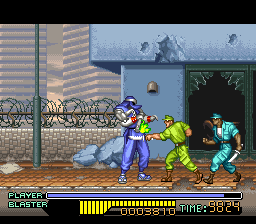 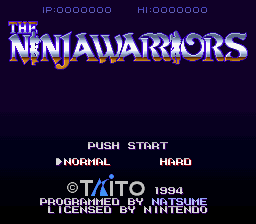 The land is under the grip of a tyrant named Benglar, who is able to brainwash those he captures. Using this ability he has taken over the military forces and now appears unstoppable. However, resistance forces lead by Mulk have been developing a new weapon: Cybernetic Special Forces with the ability to think, dubbed the Ninja Warriors. Untested, these machines are given the orders to assassinate Benglar... Ninja Warriors plays as a side scrolling beat 'em up, and is a single player adaptation of The Ninja Warriors arcade game. Players can choose from 3 different Ninja Warriors: Ninja, Kunoichi or Kamaitachi. The characters play differently, but share some common controls. Each can attack, jump, grab the enemy, block attacks or unleash a special attack on the entire screen. This special attack charges up gradually and can be reset by being knocked to the ground.