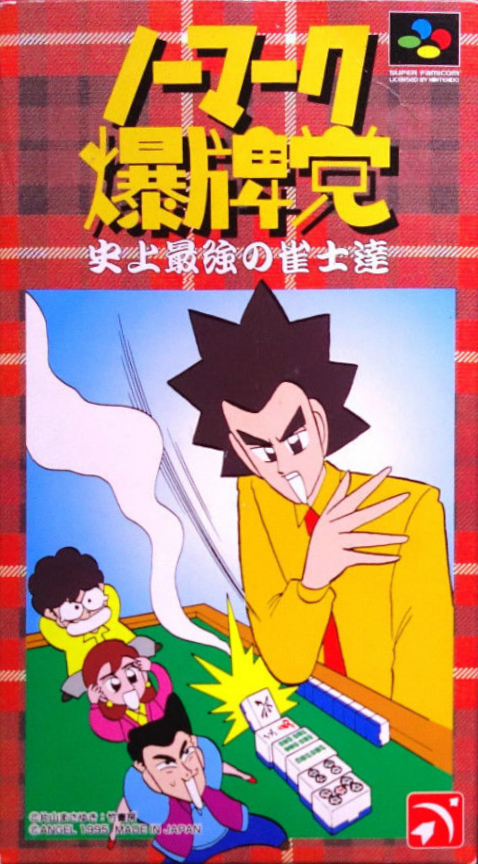 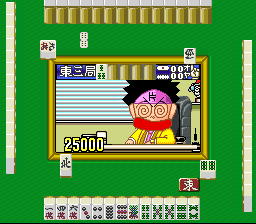 Nomark Baku Paitou: Shijou Saikyou no Jakushi Tatsu is a 1995 mahjong game that features characters and artwork from the Nomark Baku Paitou ("Unmarked Burst Tile Gathering", roughly) manga concerning a group of elite mahjong players who gather to compete for supremacy. It ran for eight years between 1989 and 1997.nnnnThe game offers players various modes to play mahjong games against the manga's many distinctive characters, which include a kappa and the spiky haired protagonist of the comics.