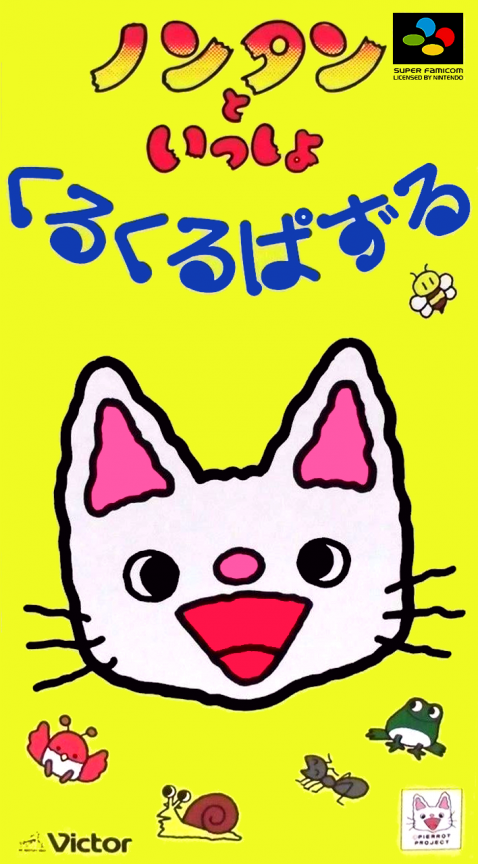 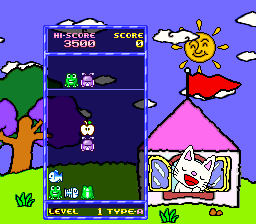 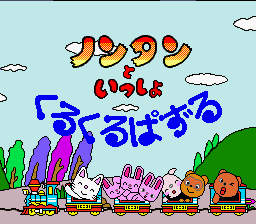 Nontan to Isshi: KuruKuru Puzzle ("Nontan and Friends: Round-and-Round Puzzle") is a puzzle game for the Super Famicom and Game Boy. It was released exclusively in Japan and is based on the Nontan books for younger children that follows the eponymous mischievous kitten and his animal friends on their adventures. The game is a twist on the standard block-stacking puzzle game.nnnnNontan to Isshi: KuruKuru Puzzle is one of the few games that Game Freak worked on before they created their breakout hit Pokémon.nnnnThe goal of Nontan to Isshi: KuruKuru Puzzle is to stack blocks so that two matching icons are connected to one another adjacently and vanish. The player cannot rotate the two-piece blocks that fall from the top: instead, they flip the blocks around to reveal two different blocks on the opposite side. Most of the flipped blocks are linked to their originals: a fish becomes a fish skeleton, an apple becomes an apple half, etc. Sometimes they're rare bee or character face blocks instead: both are rare and are therefore difficult to clear once one appears, but two face blocks will eliminate an entire row when connected and are thus worth the hassle.nnnnThe game has an endless single-player mode that only ends once the blocks reach the top of the screen. There is also a two-player mode. 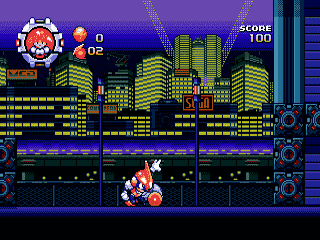 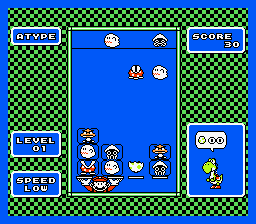 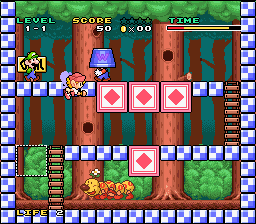 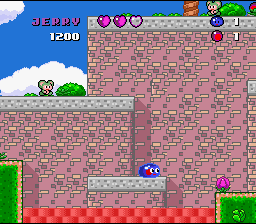