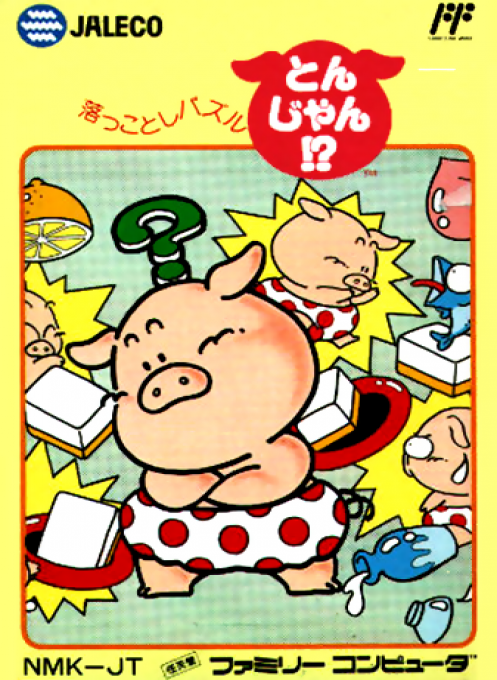 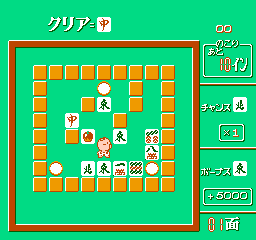 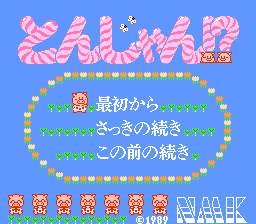 Okkotoshi Puzzle Tonjan!? ("Drop Down Puzzle Tonjan?!", sometimes known as simply Tonjan) is a puzzle game from NMK that features anthropomorphic pigs pushing mahjong tiles around in a maze, attempting to push entire stacks down one of the many holes in the area. Bonus points are awarded for pushing certain specified tiles into holes first, and there's one tile in particular that will complete the level once pushed down a hole and is the only compulsory target. Future levels increase the number of tiles and the difficulty, adding fish tiles that cause the player to lose a life if they are pushed down a hole. Okkotoshi Puzzle Tonjan!? appears to a sequel to NMK's earlier Arcade multiplayer action game Butasan, which features similar looking pigs. The rights to the Arcade version of Tonjan were sold to a Korean company, Dooyong, which turned it into a game named Yam! Yam?! featuring a tanooki wearing an apron. 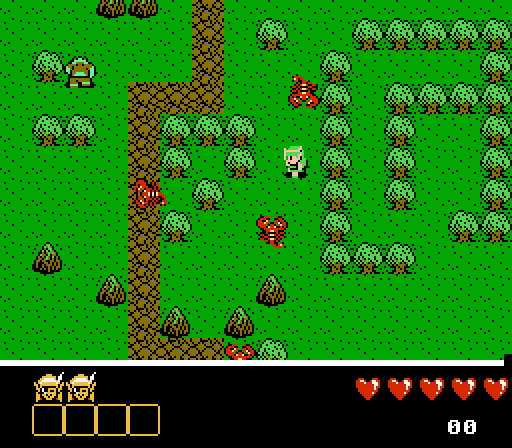 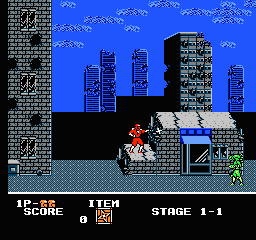