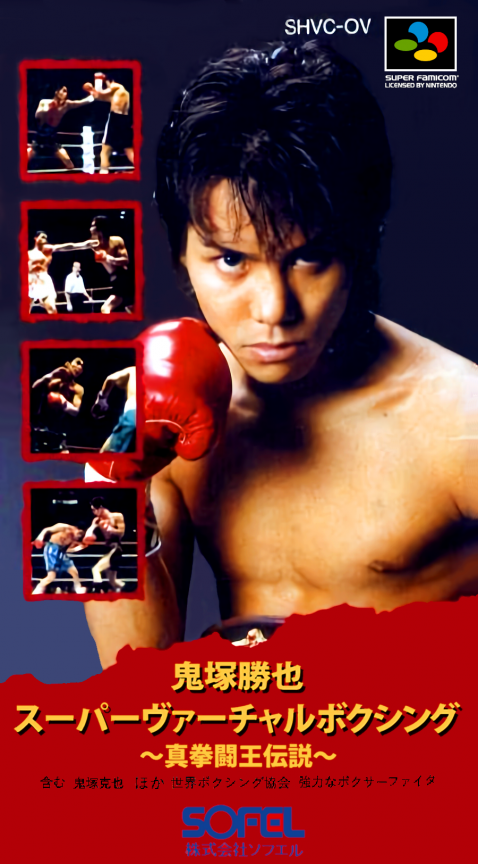 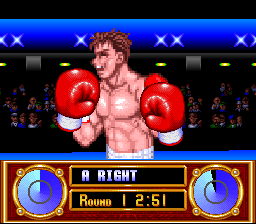 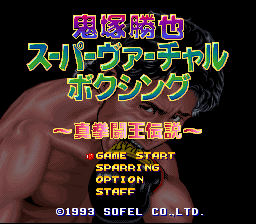 Onizuka Katsuya Super Virtual Boxing is a boxing game developed by Sting Entertainment and published by SOFEL Co. for the Super Famicom. The game was endorsed by Katsuya Onizuka, a former WBA Super Flyweight champion.nnnnIt features an unusual first-person perspective, similar to Punch-Out!! except for the fact that the player's boxer turns around to meet their juking and evading opponent. The game uses the Super Famicom's Mode 7 to present the ever-moving background.