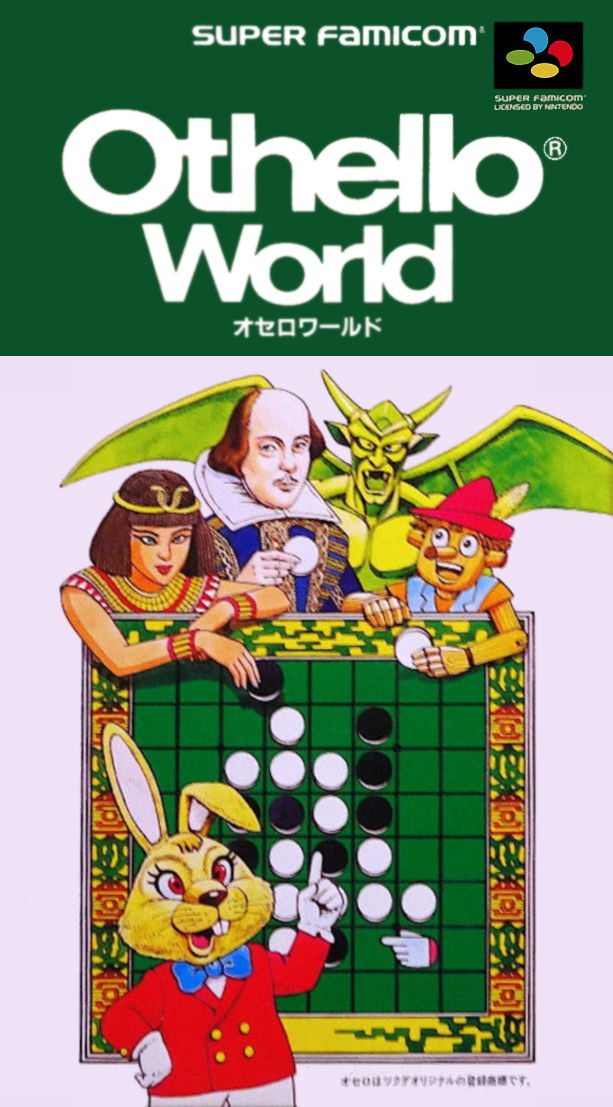 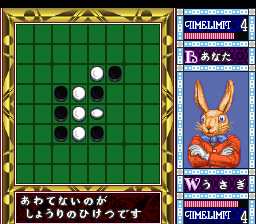 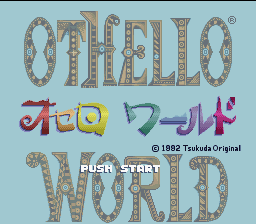 Othello World is an Othello/Reversi board game simulation from Dice Creative and Tsukuda Original. The single-player has a fairytale literature theme to it as characters as diverse as Lewis Carroll's Cheshire Cat and The White Rabbit, as well as traditional characters like Little Red Riding Hood and the seven Dwarves, challenge the player to Othello duels before they are allowed to proceed onwards.nnnnOthello World was eventually followed by a PS1 sequel: Othello World II: Yume to Michi e no Chousen.nnnnAs is traditional in Othello, the goal is to sandwich the opponent's pieces between two pieces of the player's own color. Doing so flips all of the opponent's tiles between the two, awarding them to the player. It's generally imperative to reach the boundary of the board, and especially the corners, as pieces placed there are in more defensible positions.