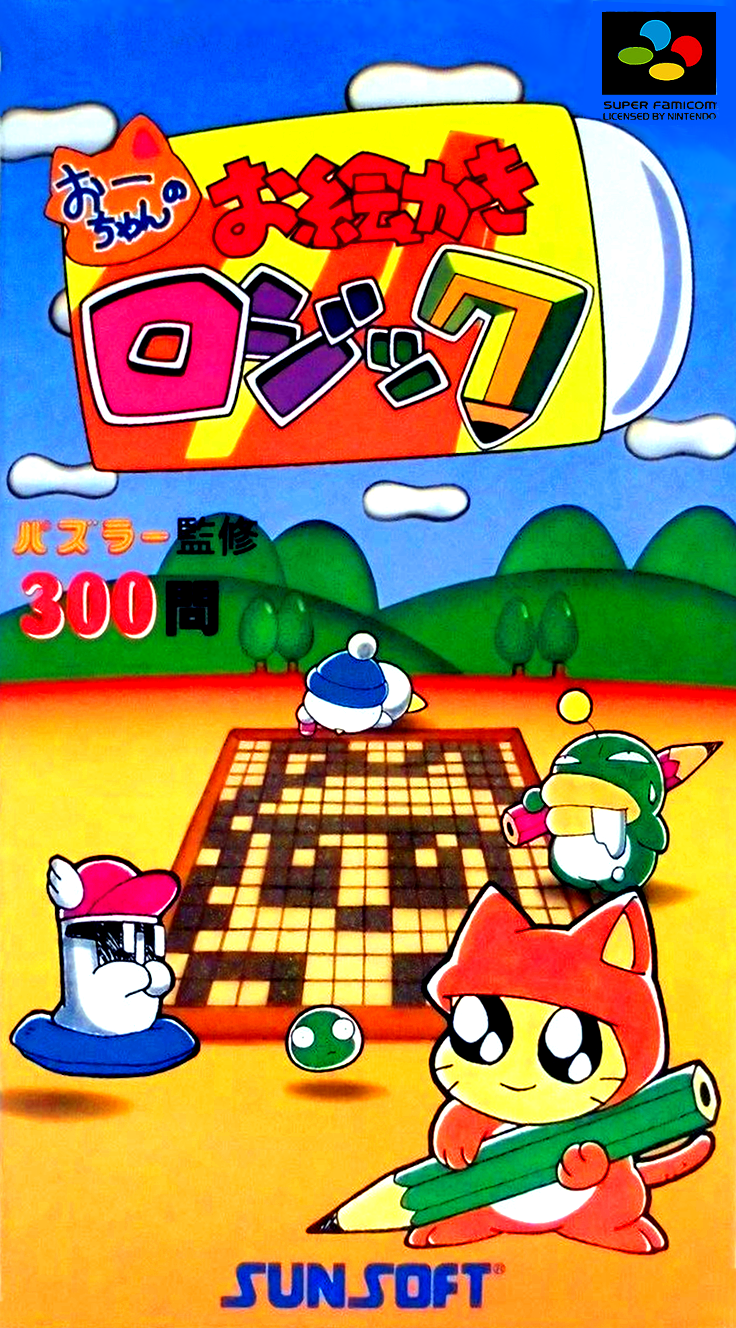 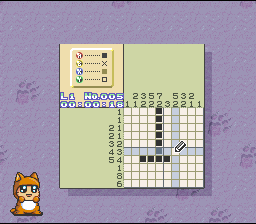 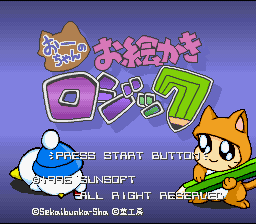 Ou-chan no Oekaki Logic is a digital conversion, with anime mascots, of the classic Japanese newspaper puzzle nonograms. A nonogram is a puzzle on a square or rectangular grid the object of which is to reveal a hidden picture. Along each row and column there is a number or series of numbers which indicate how many squares will be colored in that row or grid. Example; "5 9 4" would mean there would be sets of five, nine, and four colored squares in the grid, in that order, with at least one blank in between. Ou-chan no Oekaki Logic adds a story mode where Ou-Chan, representing the player, competes with other blobby anime characters in finding hidden images in the nonogram grids.