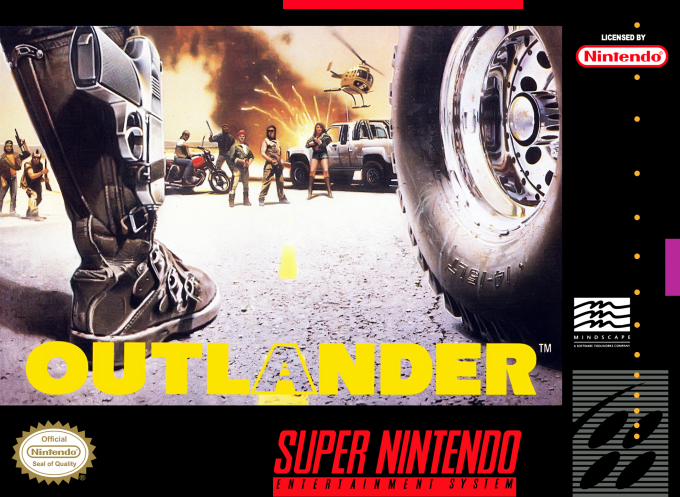 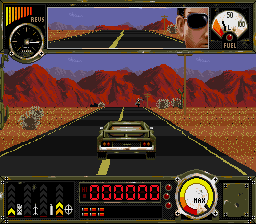 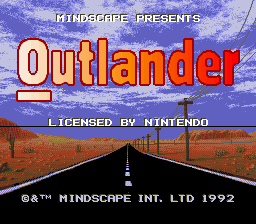 Mindscape developed this game hoping to get it licensed as an official Mad Max game, however Warner Bros never made this happen. Anyway, the game closely resembles "The Road Warrior" (Mad Max 2). Your objective is to drive your car through the wasteland, trying to survive motorcycle gang members' attacks and to avoid running out of gas. The gameplay is a split of two genres: racing and side-scrolling. In the racing parts you have to destroy enemies like motorcycle gang members, gyro-copter captains, red trucks, etc. Your car has a machine-gun installed in its front, and if some guy drives along side of you, a little window pops up, allowing you to shoot them with your shotgun. Along the road there are several towns, and every time you pass through one of them, an alarm will warn you. As your gas run low, you have to stop on these towns and refuel your reserves of gas and ammo. When doing so, the game turns to a side-scrolling perspective, as you get out of your car, dealing with your enemies in hand-to-hand combats. In the cities you'll also find new equipment to your car, such as missile launchers, nitro, etc. 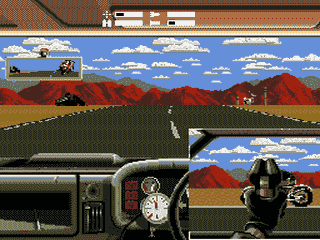 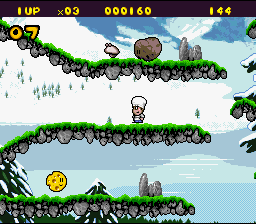 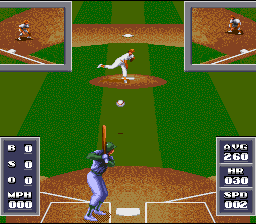 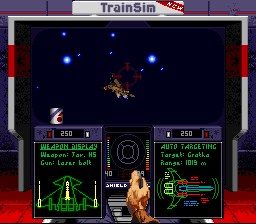