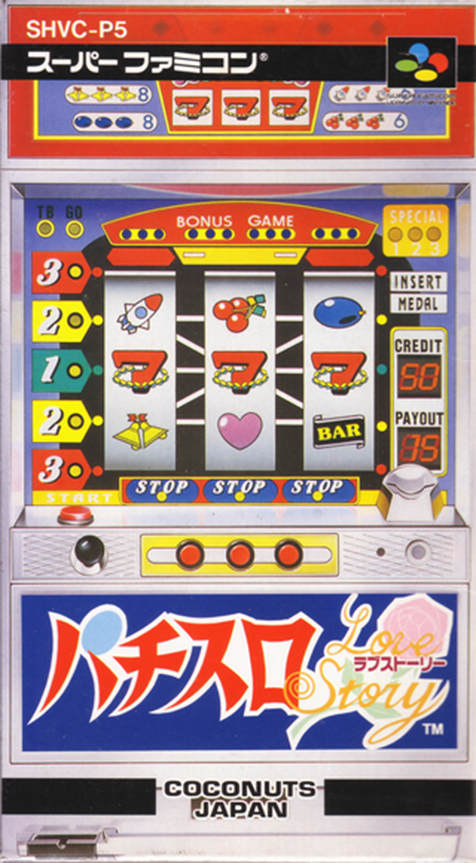 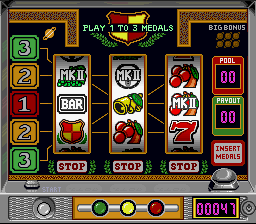 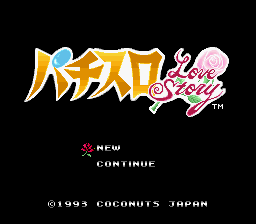 Pachi-Slot Love Story is the first of numerous pachi-slot simulation games from Coconuts Japan for the Super Famicom. Pachi-slot is a portmanteau of pachinko and slots, though for all intents and purposes the game is simply just slots/fruit machines. The player must match up icons to complete a row of three for a payout dependent on the icons being matched, with three "7"s generating the largest payout. Coconuts Japan published the game in late 1993. It falls between the second and third game in their Pachi-Slot Adventure series for the Famicom/NES. It was followed by Ganso Pachi-Slot Nippon Ichi.