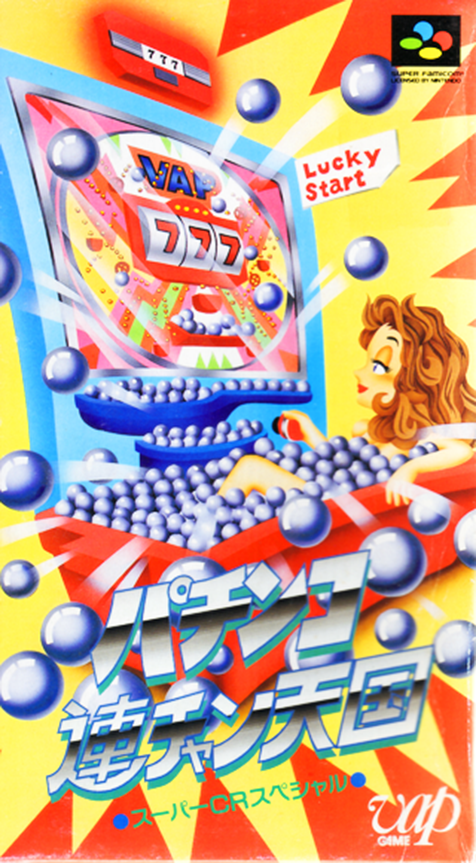 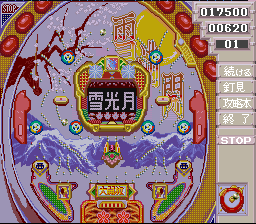 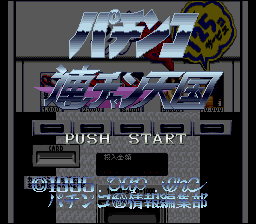 Pachinko Ren-chan Tengoku: Super CR Special ("Pachinko Ren-chan Heaven: Super CR Special") is a pachinko game for the Super Famicom. It was created by the developer/publisher team of Jorudan and Vap, which also produced the Hisshou 777 Fighter series. It features three modes: a simulation mode where the player controls a character as they buy pachinko balls and try to win big in a parlor; a standard mode where the player can simply play on a selection of three pachinko tables; and a versus mode where up to two human players fire pachinko balls around the same table in order to control a rudimentary one-on-one fighter game: depending on where the balls land, their character will attack or guard.