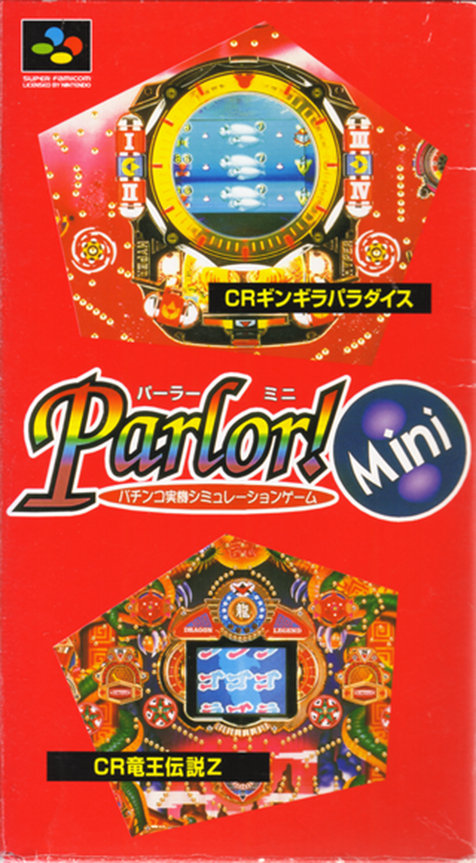 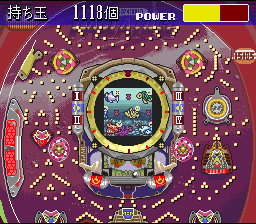 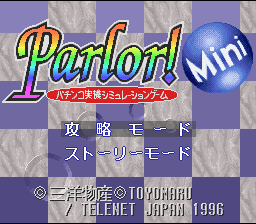 Parlor! Mini: Pachinko Jikki Simulation Game ("Jikki" means "machine") is a pachinko game for the Super Famicom and the first in an off-shoot series based on Telenet Japan's Parlor! Parlor! series which intends to teach Super Famicom owners how to win big on real-life versions of the machines they feature. The Parlor! Mini series focuses on a smaller number of machines - typically two per game - and were sold for a budget price. Parlor! Mini was followed by seven sequels released throughout 1996, 1997 and 1998. The first Parlor! Mini features a machine with an aquatic theme and another with an Asian dragon theme. Both have a pachi-slot component, where aiming pachinko balls for the device in the middle of the table would cause slots to spin. The player is free to practice on the machines with an infinite supply of pachinko balls, scrutinize the peg configurations for both and get tips and advice from the game to learn how to master their real-life equivalents.