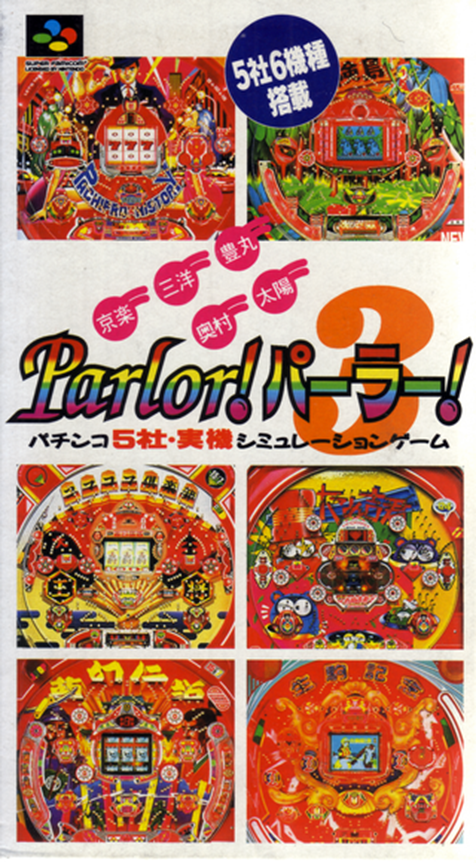 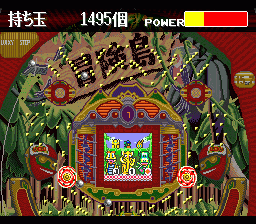 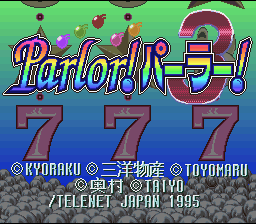 Kyouraku Sanyou Toyomaru Parlor! Parlor! 3, or by its full title Kyouraku Sanyou Toyomaru Okumura Taiyo Parlor! Parlor! 3, is a pachi-slots game from Telenet Japan and the third game in the series. The Parlor! Parlor! series is built on bringing together virtual facsimiles of various machines from real-life pachinko/pachi-slot machine manufacturers. The five manufacturers with machines featured in this game are in the title: Kyouraku, Sanyou, Toyomaru, Okumura and Taiyo.nnnnThe player can move between pachi-slot parlors earning as much money as possible in the story mode, or can practice on any machine of their choice in the game's second mode.