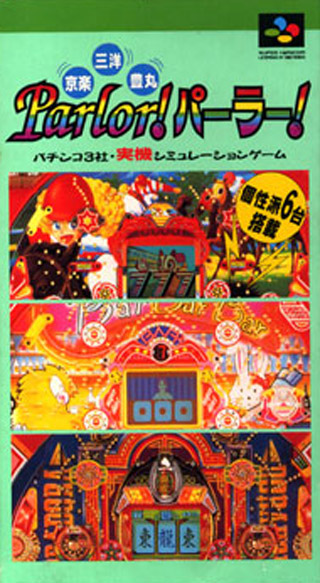 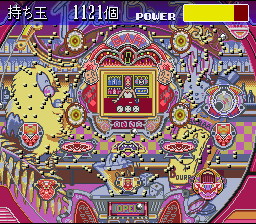 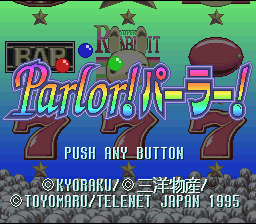 Kyouraku Sanyou Toyomaru Parlor! Parlor! is a pachinko game from Nippon Telenet and the first game in the series of the same name.nnnnThe "Kyouraku", "Sanyou" and "Toyomaru" of the title refer to three different manufacturers of real-life pachinko machines, and these pachinko machines are represented virtually in this game for pachinko fanatics to practice on. The game follows a similar example set by previous manufacturer-sponsored pachinko simulators, such as Heiwa Pachinko World.nnnnThe second game in the series, Kyouraku Sanyou Toyomaru Parlor! Parlor! 2, was released five months later.