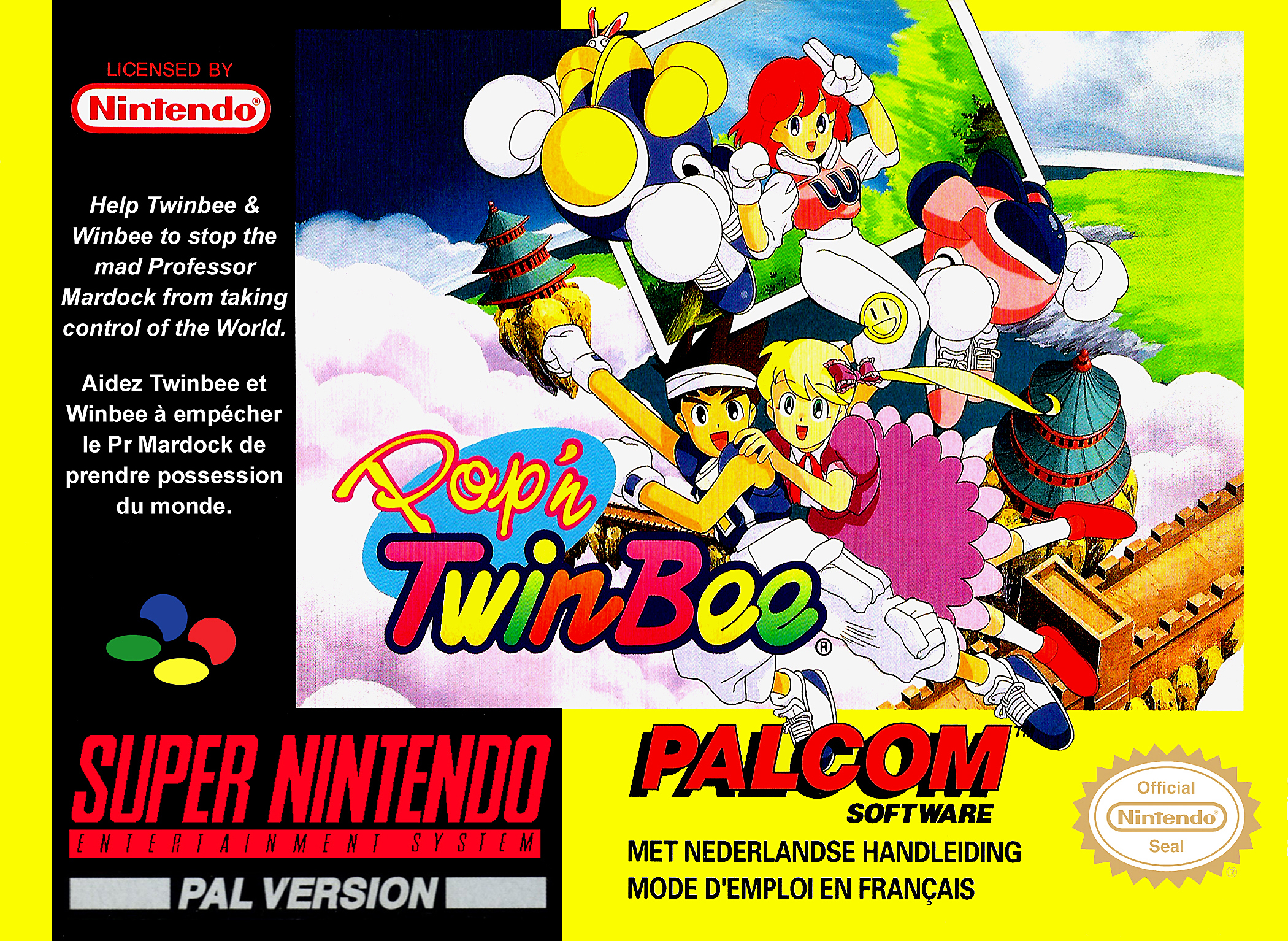 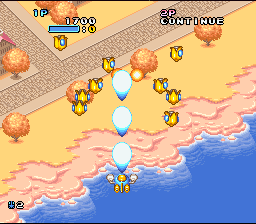 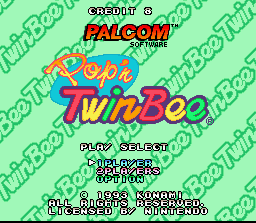 Another top-down shooter in the Twinbee "cute'em up" franchise. Heroes Light and Pastel decide to go out and help a young maiden bring sense back to her scientist father, who apparently has bumped his head and transformed into a evil mastermind that seeks world domination. As the other games in the series Pop'n Twinbee is a vertically-scrolling arcade shooter in which you and a friend get behind the controls of Twinbee and Winbee, the cutest starfighters ever created, and try to clear stage after stage of enemies with your weapons. Being a console original instead of a port, Pop'n features a number of additions to the gameplay mechanics, including an energy bar, eight difficulty levels and a handicap feature when playing with a friend (which makes most enemies target one fighter instead of the other). The upgrade system remains consistent with the series's: you shoot colored bells which give different power-ups when collected, including multiple shots, "options" and shield energy. Also when correctly powered-up both fighters can join and perform powerful team-up moves.