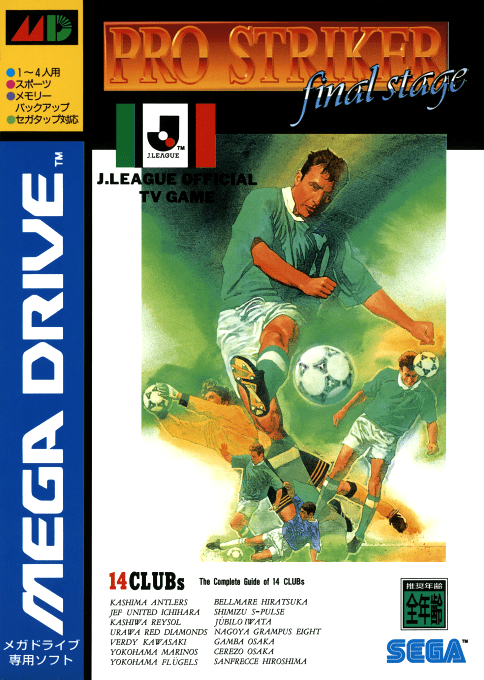 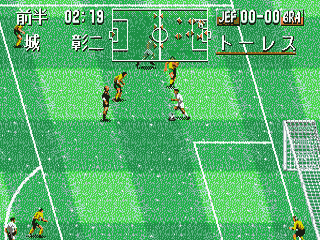 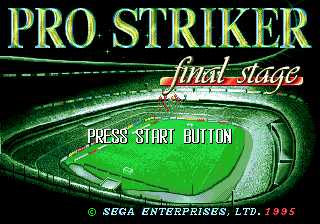 Pro Striker: Final Stage is the last title in Sega's 16-bit soccer franchise, and once again features a full J.League license, including all teams and players, and four-player simultaneous play. This entry in the franchise features a completely new game engine with a side view, rather than the aging overhead engine used previously. Each mode from the previous title has returned: exhibition, tournament, league, and all-star modes are available. There is also a new penalty kick contest mode.