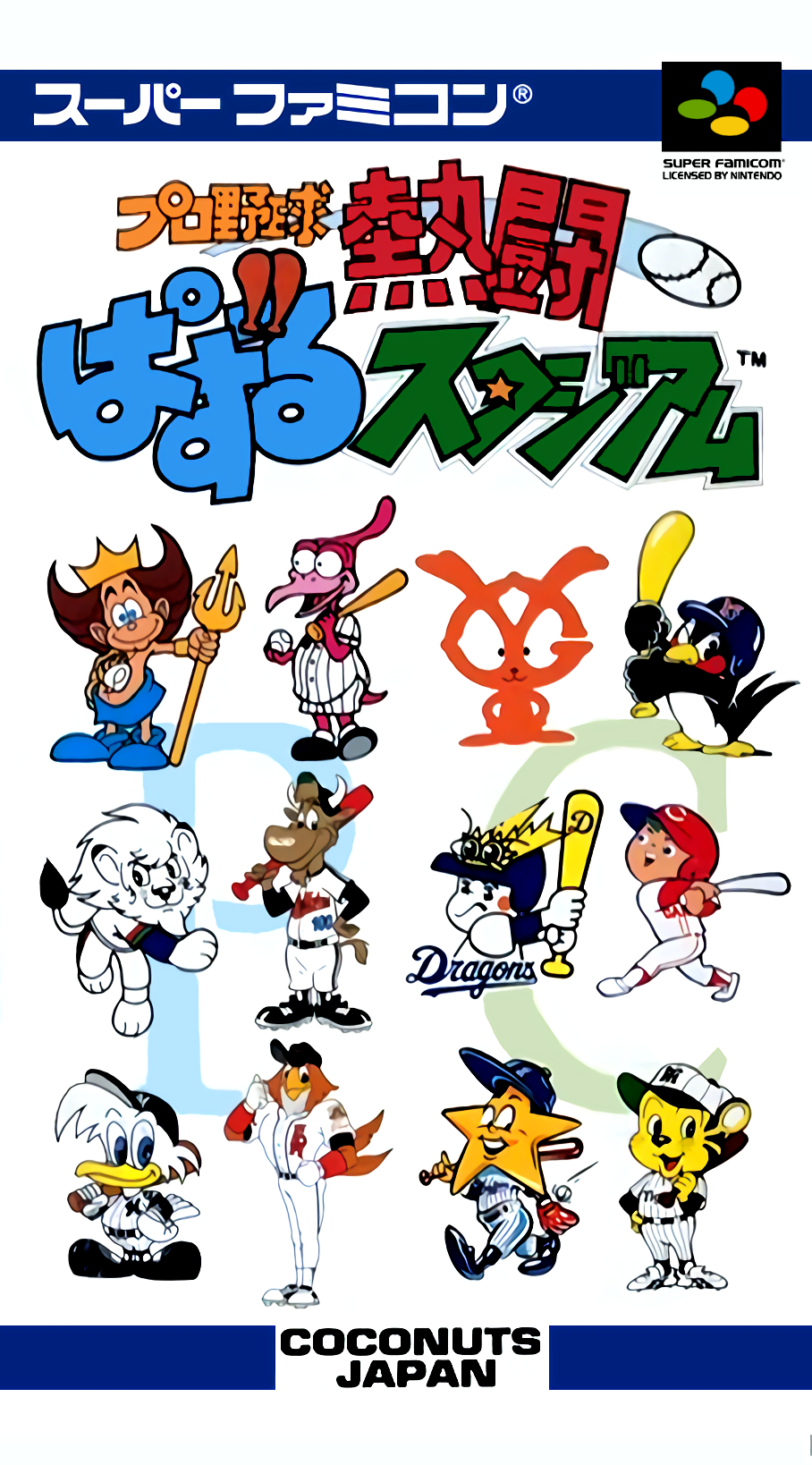 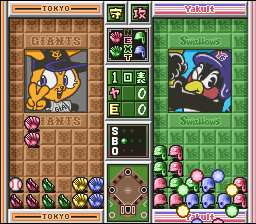 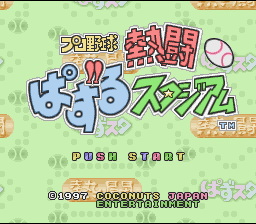 Pro Yakyuu Nettou Puzzle Stadium ("Pro Baseball Fighting Puzzle Stadium") is a baseball-themed competitive puzzle game for Super Famicom and PlayStation. The game uses the mascots of the Nippon Professional Baseball league as its playable characters, and is licensed to use the team names and mascot characters.nnnnThe game features standard versus modes and a puzzle mode where the player has to remove all the blocks in a limited number of moves.nnnnThe goal of the game is identical to that of Puyo Puyo: players remove blocks on their screen by stacking four or more icons of the same color in any arrangement, as long as it forms a contiguous unbroken line. By setting up chain reactions of eliminations, the player can create trash that gets dropped on their opponent, making their game harder.nnnnPro Yakyuu Nettou Puzzle Stadium adds extra features to coincide with the baseball theme: one player is "batting" while the other is "pitching", and the game alternates which player is which. The goal of the former is to create combos and quickly eliminate sets to fill bases, which eventually leads to points on the table. The goal of the latter is to quickly eliminate sets so they can be the batting player again. The pitching player has the advantage, as trash vanishes quicker for them, which means the batting player has to move fast to score any points before they change back over.