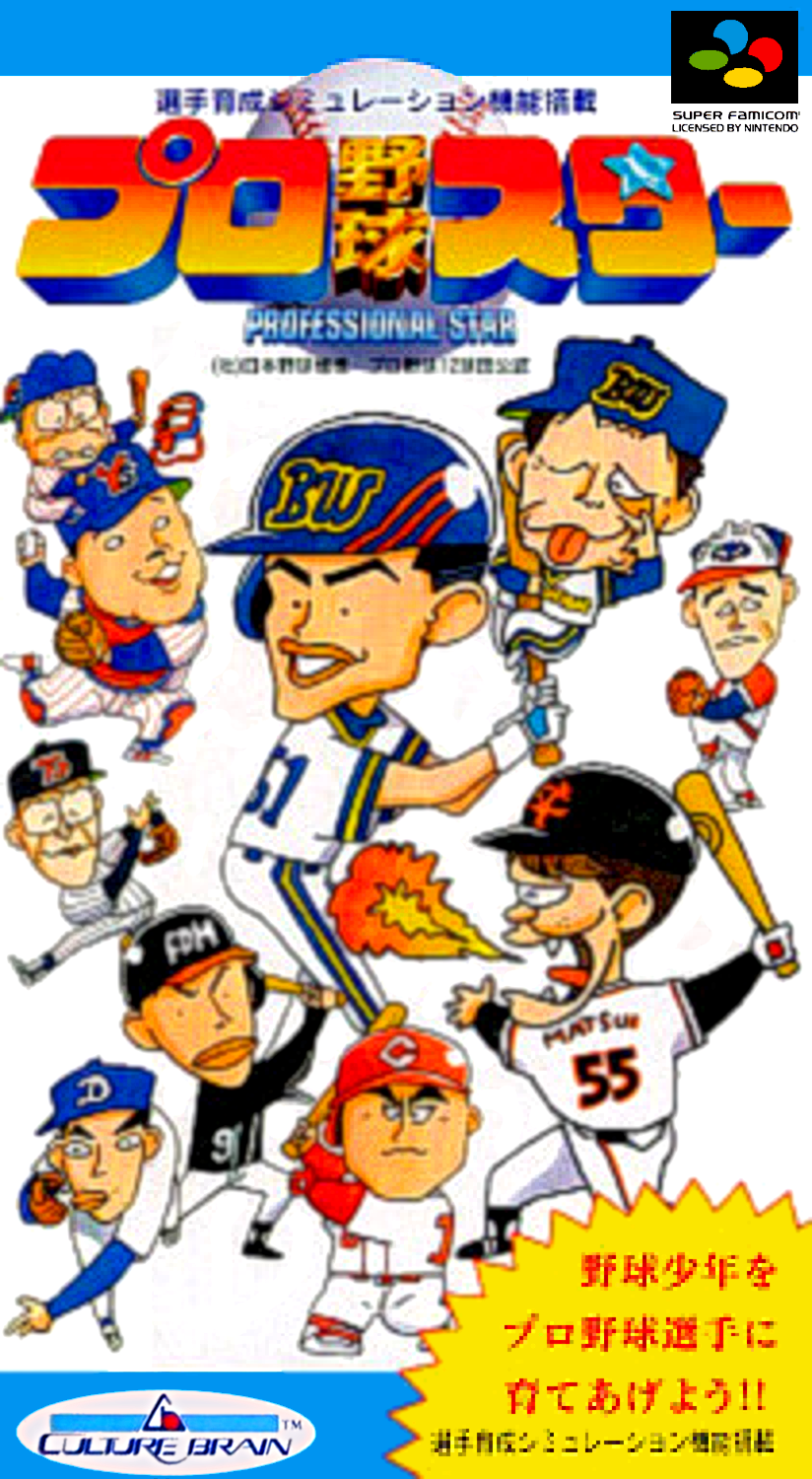 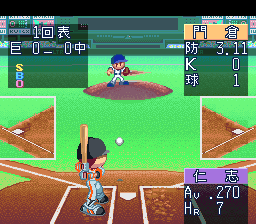 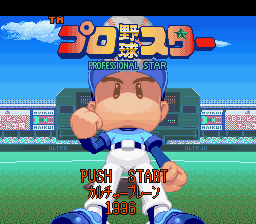 Pro Yakyuu Star is a 1997 baseball game exclusive to the Super Famicom and released by Culture Brain. It can be considered a spin-off of Culture Brain's Ultra Baseball (Baseball Simulator 1.000) series of baseball games, in particular the Jitsumeiban ("Real Name Version") offshoots that started using the real names of Nippon Professional Baseball teams and athletes. Pro Yakyuu Star would become the last game in the series.nnnnBecause Pro Yakyuu Star does not feature the franchise's traditional "superhuman league" mode, the name was changed. It is functionally identical to the previous games in the series beyond that exception, however. The player can take part in exhibition matches and pennant races with a second human player or the CPU, as well as a single-player training mode.