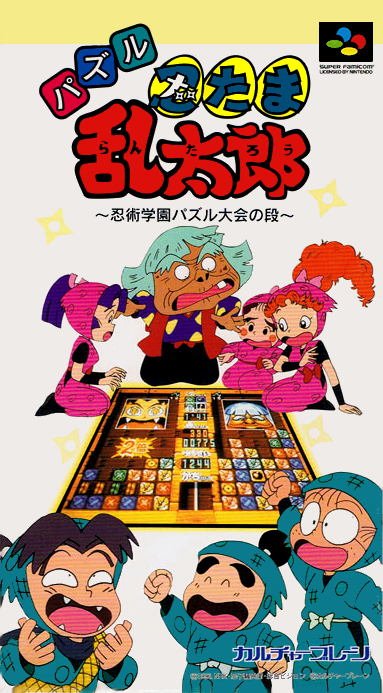 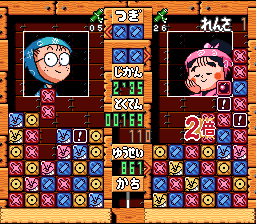 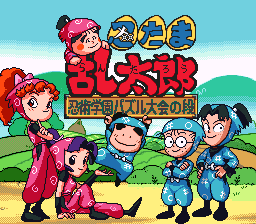 Puzzle Nintama Rantarou: Ninjutsu Gakuen Puzzle Taikai no Dan ("Puzzle Ninja Boy Rantarou: Ninja Academy Ranked Puzzle Tournament") is a puzzle game for the Super Famicom that features characters from the Nintama Rantarou anime series. It is the third of five Super Famicom games based on the license.nnnnThe game sees the usual three ninja student protagonists, and their three kunoichi student opposites, involved in a series of puzzle battles. In these battles, players match colored tiles in groups of three or more to remove them from their grid. Depending on the icons on the tiles, different effects occur, such as bombs removing adjacent tiles in an explosion. The goal of these battles is to outperform the opponent: points are earned through combos and chains, many of which drops junk tiles on the opposing player. If both players survive to the end of the time limit, the one with the highest score wins the round.