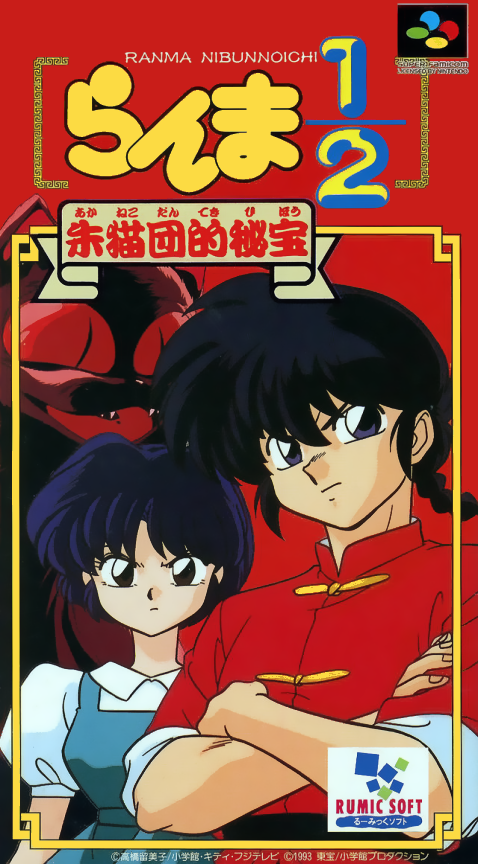 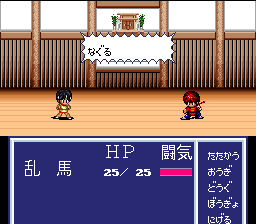 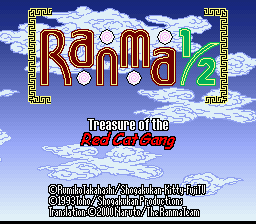 The game is based on the animÃ© series Ranma 1/2. It tells the story of the young martial artist Ranma Saotome. Traveling with his father Genma across China, Ranma discovered a cursed spring. When he and his father fell into that spring, they were both transformed: Ranma into a little girl, Genma into a panda bear. Hot water restored them to their original appearance, but whenever they are splashed with cold water, they turn into their "cursed" forms. The story of the game begins as Ranma and Genma are having breakfast by their friends. Suddenly, several cat-like creatures burst in and kidnap Genma. Ranma finds out that the cats belonged to Akaneko (Crimson Cat) Gang, who kidnaps strong fighters for some reason. Soon Ranma discovers that Kamusaru, the leader of the Crimson Cat Gang, is looking for an ancient treasure that will allow him to turn into a Nekomaou (Cat Demon King), and take over the world. Ranma and his friends will do anything to rescue Genma and to stop Kamusaru's evil plans! The game features many characters from the animÃ©, including Ranma's fiancee Akane, the fighter Ryouga, the amazon warrior Shampoo who is in love with Ranma, and others. The game is built like a traditional Japanese RPG: your party fights random enemies in turn-based combat viewed from a third-person, Final Fantasy-like perspective. In battles, you can attack physically, or use various offensive and defensive techniques, which consume "ki" (an equivalent of magic points). Not only Ranma and Genma, but also the other characters in your parties can take a different shape. You carry around a bucket of cold water, and every time you use it on one of your characters, he/she is transformed into a "cursed" form. This is sometimes required to advance the story of the game (for example, Ranma can enter a certain location only as a girl).