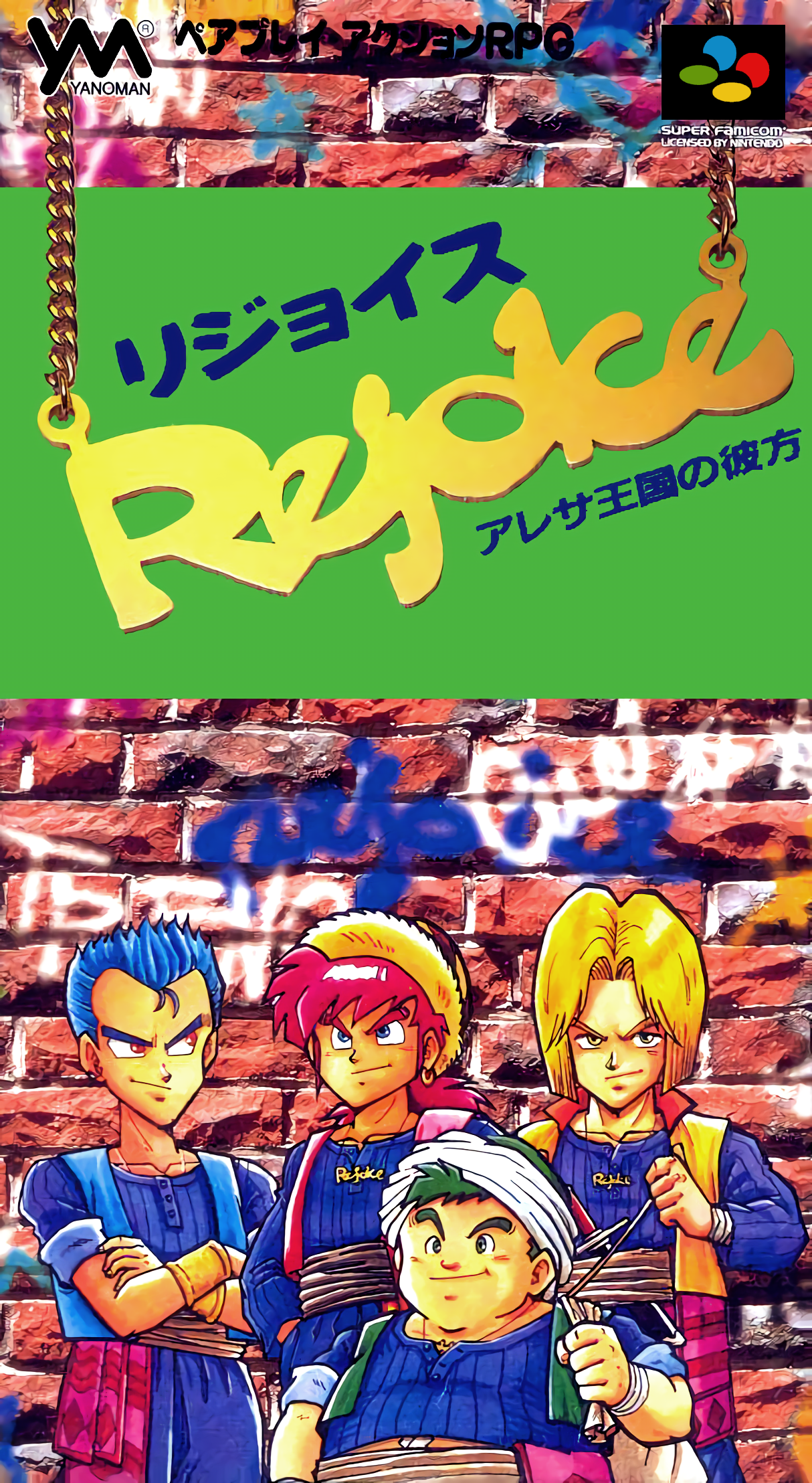 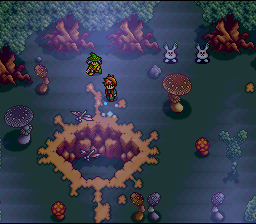 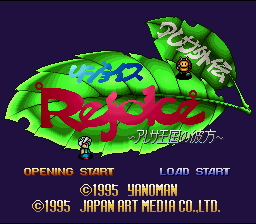 This game is quite different not only from the GameBoy title Aretha 3, but also from the first two Aretha games for the SNES. "Rejoice" is a semi-serious, semi-comical RPG that is only loosely connected to other Aretha games. The heroes of the game are four thieves who live in a small village, occasionally robbing people, and exploring ancient ruins in search for treasure. One day, a terrible flood drove the village inhabitants out of their houses, and one of the thieves, Treno, was washed away to a sea shore, near a forest. There, a mysterious old wizard found Treno, and the two ventured into the forest to find the way back home. As the plot thickens, the heroes discover that none else but the Demon King Howard is plotting an evil scheme, and they are the only ones who can stop him! Unlike other Aretha games, "Rejoice" is not a turn-based, but an action RPG. Monsters roam the game world, and you fight them by using weapons with elemental charges. You can pause the game at any time, access the menu, use items, and also switch characters. You can also jump, although this ability is not an integral part of the gameplay. You visit towns and can buy weapons, armor, and items in stores.