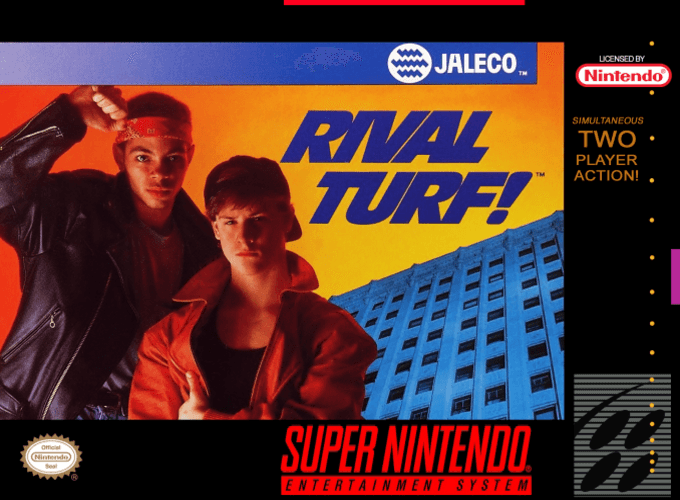 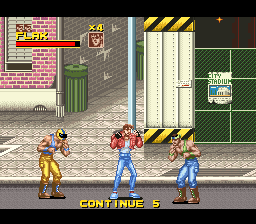 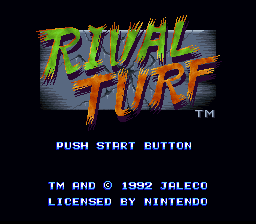 When a ruthless gang led by Big Al invades their turf, it's up to the Brawl Brothers to take back their streets and send their rivals home with their tails between their legs. You can go at it alone or team up with a friend for some simultaneous two-player action as you kick, punch, and body slam your way to victory through six stages of no holds barred, hand-to-hand fighting action. There are all kinds of realistic street-fighting techniques to master, including body slams, leg sweeps, jabs, hooks, and uppercuts. If you want a fight but aren't feeling friendly, then turn the tables on your friend and go head-to-head for bragging rights and control of the streets. In RIVAL TURF, only the strong survivecan you take it?