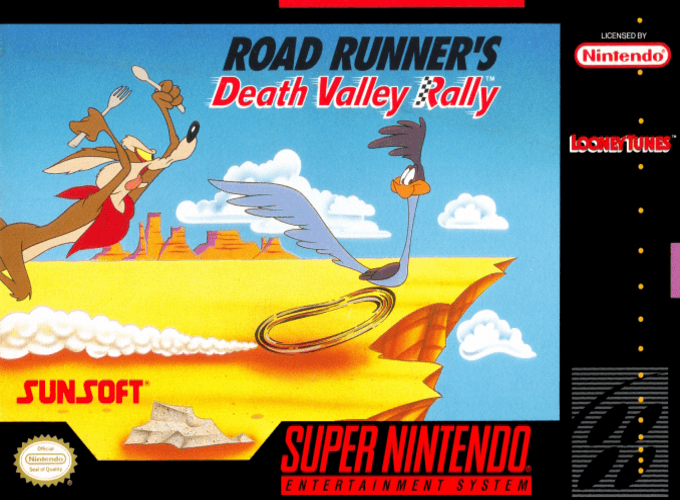 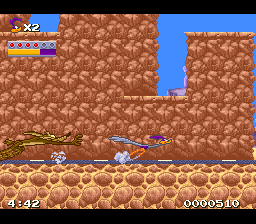 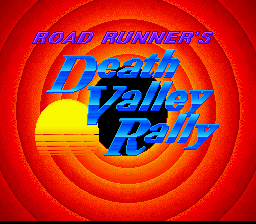 Everybody has remembered waking up early on the weekend to watch Saturday morning cartoons. But would would happen if the cartoons were interactive? Well, you might end up with something like Death Valley Rally. The object is pretty simple: Race the Road Runner through each level as quickly as you can while collecting different colored flags, which are worth different amounts of points. When you reach the ending, if you're fast enough, you'll also get a time bonus, but if you're good enough, you'll get a flag bonus. Some of the flags are INCREDIBLY difficult to find, and the fact that you won't usually be able to find them, will challenge (or at least frustrate) most gamers. You can run, turbo run (by stocking up on bird seed), peck, and jump in this wild adventure, as you try to catch the escape the ever-witty Wile E. Coyote and his assorted ACME contraptions.