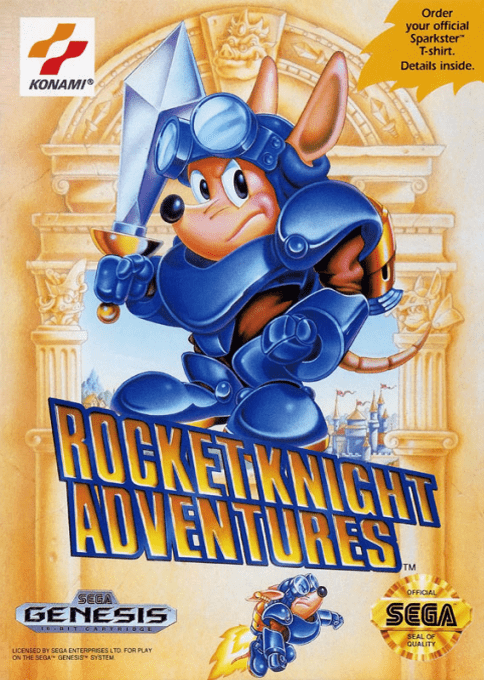 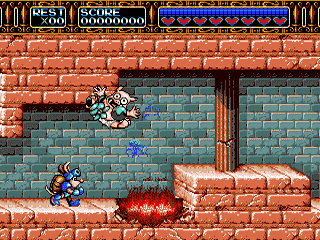 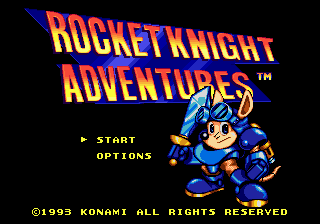 Rocket Knight Adventures is the first side-scrolling action game starring Sparkster. He lives in the kingdom of Zebulos, and is the bravest of all the Rocket Knights. One day, an army of pigs comes down to invade the kingdom and capture the princess. It is up to Sparkster to set things right again. Most of the gameplay in Rocket Knight Adventures involves using Sparkster's rocket pack and sword. Sparkster has to fight off many bosses and survive many precarious situations. The levels are interspersed with a variety of elements, like shooting stages, and giant robot combat.