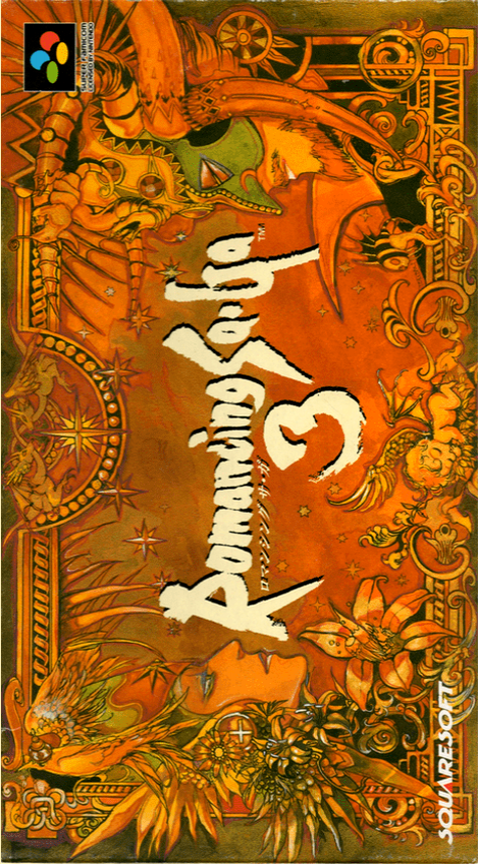 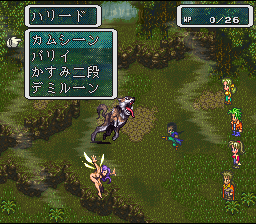 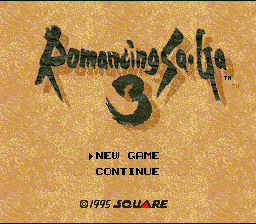 Every 300 years the Death Eclipse kills all newly born creatures. Men, women, and children, animals and plants, even ferocious monsters - no one can survive the devastation caused by the Eclipse. No one except a child chosen by the destiny. 600 years ago, such a child survived the Death Eclipse, only to become a demon king. During the next Eclipse, a chosen child became a holy king, and he defeated the evil demon king. Now, when the next Eclipse is nearing, nobody knows who the next fortunate survivor will become - a demon or a holy man? In "Romancing SaGa 3", you can play through the story controling any one of the eight main characters - Julian, Monica, Mikhael, Harid, Katarina, Thomas, Elena, and Sarah. The story is common for all eight characters, and they often join together and share the same piece of a story. The princess Monica learns about a rebellion planned by a treacherous Baron to dethrone her brother, Marquis Mikhael. She goes to warn him, but on her way, she loses her horse, and has to stop in an inn of the town Shinnon. There, she meets travelers who agree to lend her a horse and accompany her to see her brother. When they finally reach Mikhael, a war begins... "Romancing SaGa 3" has a refined upgrading system: you can upgrade your weapons and your spells by using them continuously. The party combat is turn-based, and there are also strategic army-vs.-army battles you'll have to command.