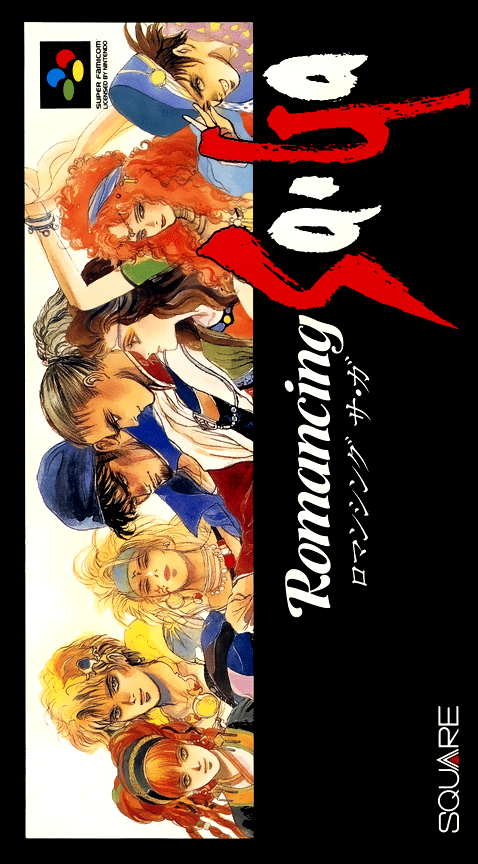 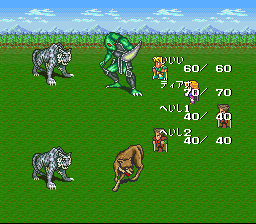 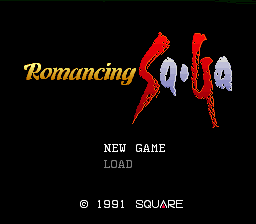 Once upon a time, three evil gods fought against the holy gods, and the holy God-Father chose a human warrior to help them. Finally, after a prolonged, terrible war, the leader of the three evil gods - Death, the eldest of them - surrendered. The youngest evil god, Schirach, became a human and has lost her powers. The middle one, Saruin, was sealed away in the dark world. Now, after thousand years have passed, and the seal of Saruin has weakened, it is time for you, the hero of the new generation, to defeat him. Romancing SaGa is the fourth installment in the long SaGa series - non-linear role-playing games with several main heroes. It is the first of three Super Nintendo entries. The first three games in the series were on the Gameboy and were known as "Final Fantasy Legend" outside of Japan. In this game, you play the stories of eight characters, which will later unite to face the ultimate evil. The eight characters belong to different classes and have different abilities. There are four male characters (noble son, thief, adventurer, and pirate), and four female ones (nomad, ranger, dancer, and savage). The combat is turn-based, with enemies visible on screen. Taking a cue from Final Fantasy II on the NES, instead of "Leveling" your character as a whole you level specific abilities such as a type of weapon or magic, as well as, stats such as HP and Strength and Intelligence. New to this entry abilities are randomly unlocked during battle as a light-bulb appears over the characters head and the new ability is unleashed to the surprise of friend and foe. This serendipitous element of gameplay along with the multiple heroes to choose from greatly enhance the replay value as no two playthroughs are alike. Which is good considering the steep learning curve of the SaGa games which require multiple playthroughs to truly master the system. "Romancing SaGa" was never released outside of Japan until the Playstation 2 remake "Romancing SaGa: Minstrel Song"