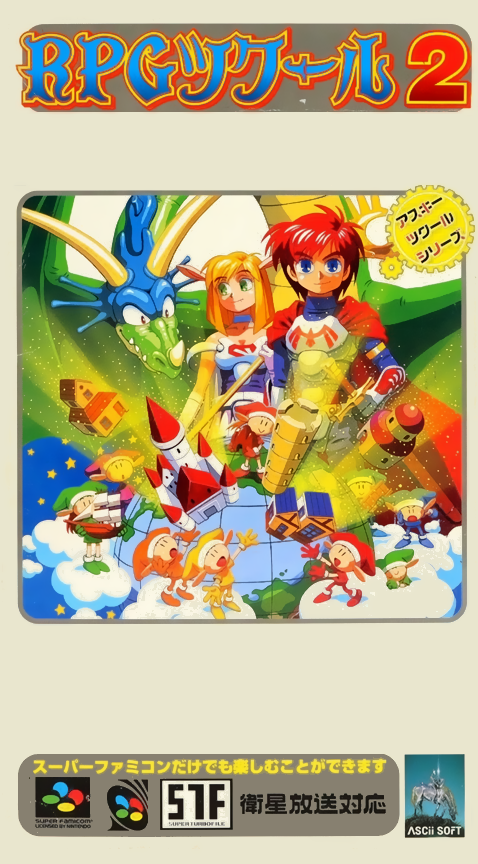 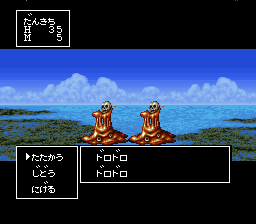 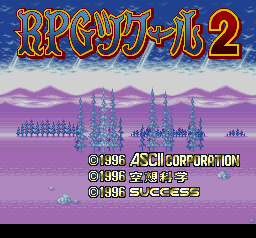 RPG Tsukuru 2 ("RPG Toolkit 2") is an RPG creation tool for the Super Famicom. It comes packed with a number of features to help script the user's own game, as well as graphics tool for creating custom sprites. The player can also draw on the game's own assets for creating their game. RPG Tsukuru 2 also comes with its own pre-built campaign.nnnnLater console games in this series were released on the Sony PlayStation, including the 1997 successor to this game which was released in North America as RPG Maker.