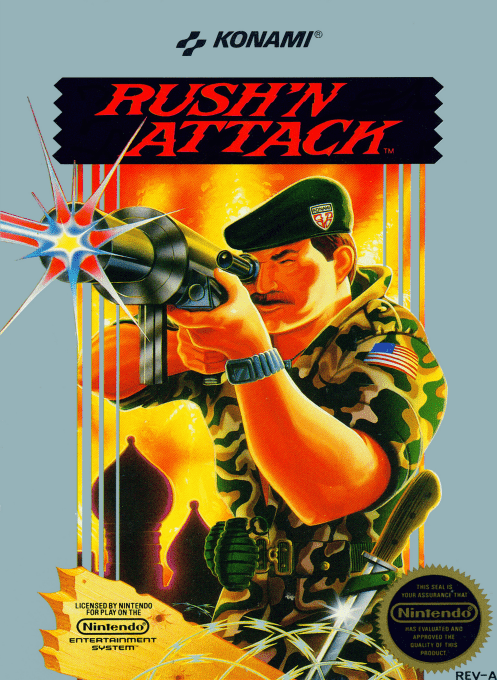 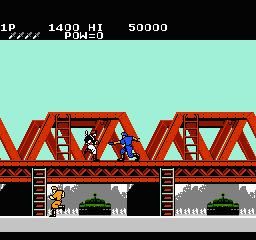 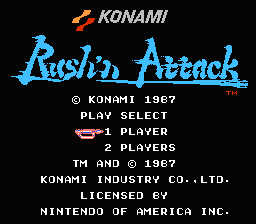 Depending on which title you use, and how you interpret it, this game is about a guy who a)rushes in before attacking b)attacks Russians (this was the mid-80s, when the US helped bin Laden do the same), or c)wears a rather goofy hat. One way or another, this arcade conversion arms you with a knife and sends you on a kamikaze mission against hordes of enemy fighters. There are four distinct sections of gameplay, taking in a Missile Base, a Harbour, a Bridge, and an enemy Prison Camp. Extra weapons with limited ammunition can be collected along the way, which will make the task a lot easier. The level is divided into 3 horizontal levels, which can be moved between either by jumping or using ladders, and this gives a chance to avoid the more threatening mobs of enemy fighters