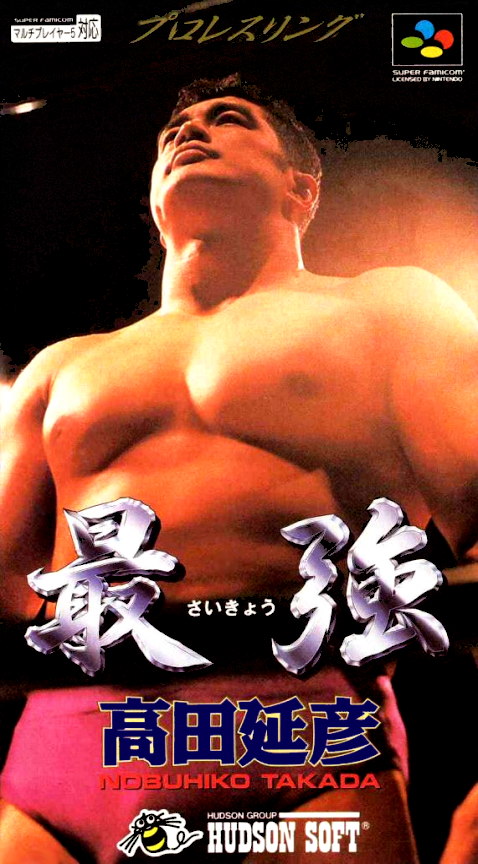 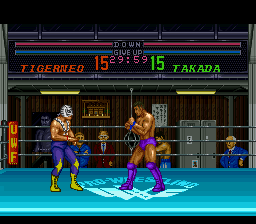 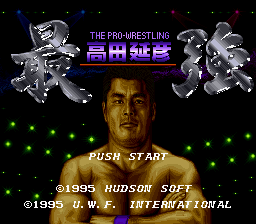 Saikyou: Takada Nobuhiko ("The Strongest: Nobuhiko Takada") is an MMA fighting game from Dual and Hudson Soft exclusive to the Super Famicom. It features the name and likeness of MMA fighter and shoot-style wrestling pioneer Nobuhiko Takada and the organization he founded, UWF (Union of Wrestling Force) International. The other wrestlers and fighters are talent signed onto the UWF but have had their names altered to avoid licensing issues, similar to how Fire Pro Wrestling handles its roster: "Geiger", for instance, is actually Big Van Vader. The game features multiple modes including: Sparring, for practice; Story, for a series of fights against opponents; Vs. Single for one-off single matches; and Vs. Double for one off tag team matches.