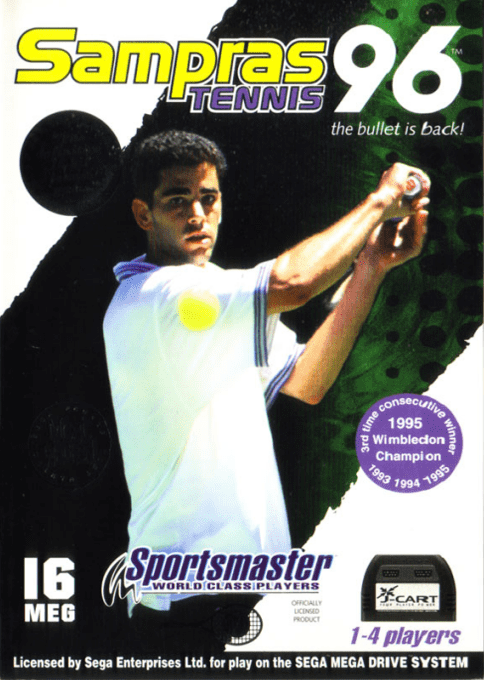 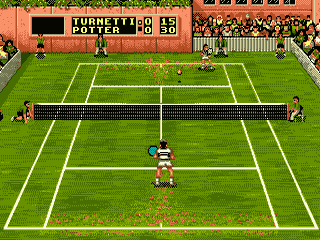 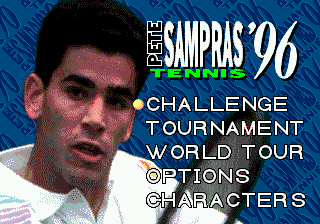 The Europe-only sequel to Pete Sampras Tennis, Pete Sampras Tennis '96 includes new features, such as a reworked graphics engine with parallax scrolling, new shots and aftertouch controls, with an Indoor court joins the previously available Grass, Clay and Hard courts. Changes to the game go well beyond the graphics - now the ball reacts differently in each court and it's harder to control the direction of the ball, meaning the powerful forehands that could win a game in minutes of the first game are much harder to pull. Services now must be perfectly weighted in both power, direction and timing, facing the risk of hitting the net or going off bounds, with a speedometer showing how fast the best serves went. All these are controlled using the three buttons of the gamepad and the d-pad, with the A button for lobbing the ball, B to make passing shots and C to dive for a direction. By combining the B and A or C buttons it's possible to add top/back or full spin to the ball, with the Y axis changing the power and the X axis the direction. The large roster of Pete Sampras Tennis was replaced by only eight players: Pete Sampras himself, Sam Nimitz (German, powerful player best suited for hard courts), Marie Guyennot (French, accurate and fast around the court), Minori Hurosawa (Japanese, fast and agile all around), Dino Turnetti (Italian, with an aggressive style of play), Wanda Tucker (American, all around), Esperanza Delgado (Spanish, powerful serve and volleying abilities) and Richard Potter (English, rookie all-arounder). There are three game modes to square things up - Challenge (single match, pairs or doubles on any court), Tournament ("Party mode" for up to eight players) and World Tour (single player mode, where the player squares against seven computer players, with the option to play singles or doubles. There's a Pro mode which extend the match to three sets and increase the difficulty setting by enhancing computer player AI and allowing them to perform spin shots). 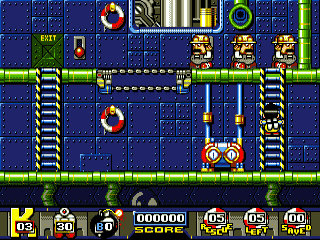 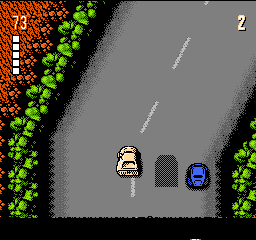 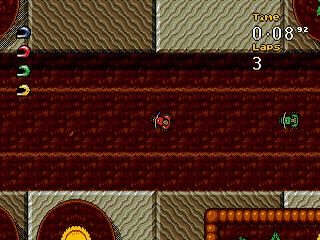 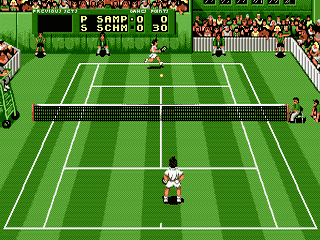