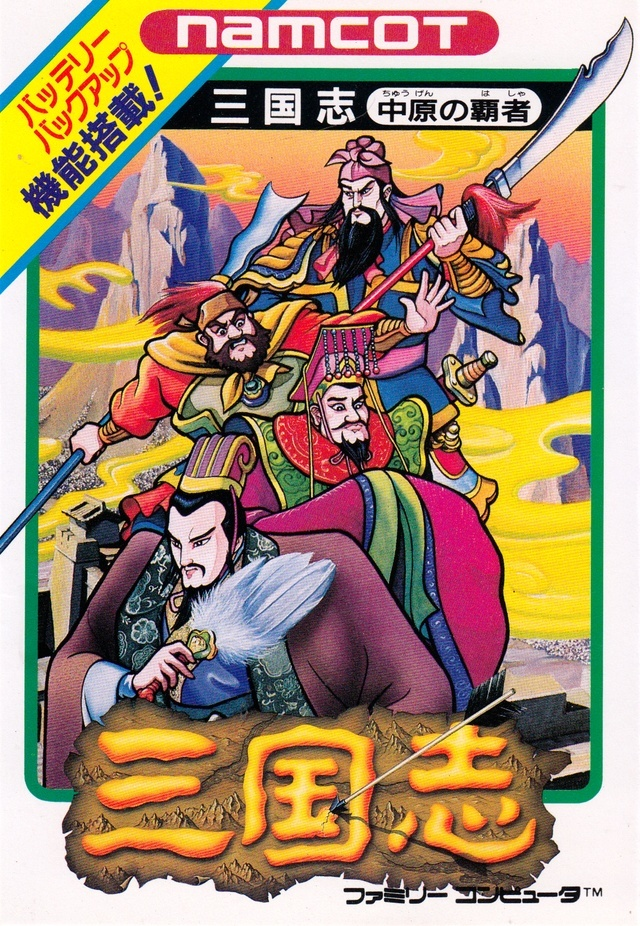 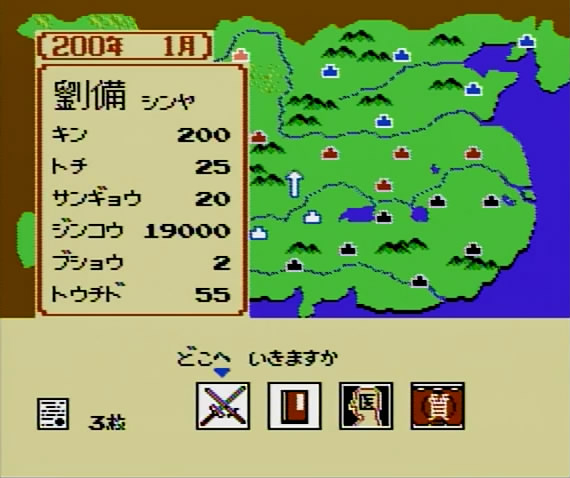 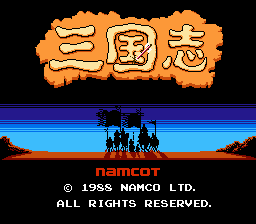 Sangokushi refers to a novel written about the Three Kingdoms period of China, where the country was temporarily split into three warring states. This is different to the the Romance of the Three Kingdoms novel, a mostly fictionalized account written some considerable time after the conflict was over and has had many video game adaptations, not least of which being Koei's Romance of the Three Kingdoms and their later Dynasty Warriors series. As a war strategy game, the goal for the player and their chosen side is to reclaim all of China under their rule. Players can gather intel, invade other territories or increase their own stats and purchase weapons and supplies for their armies. The game affords the player a certain number of actions per turn before letting the CPU opponents have their turns. Though this game was created after Romance of the Three Kingdoms, it is in fact the first NES game to be based on the conflict.