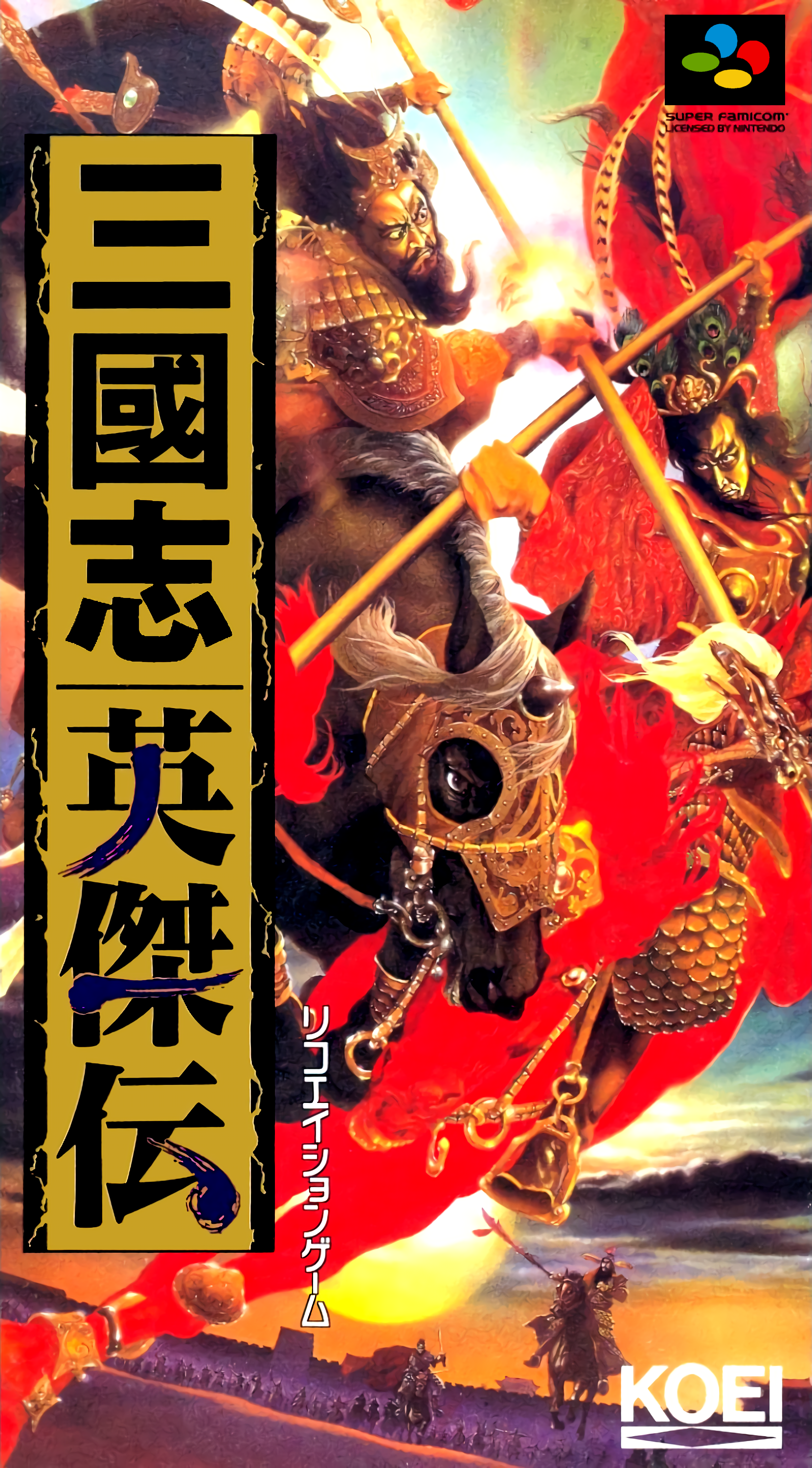 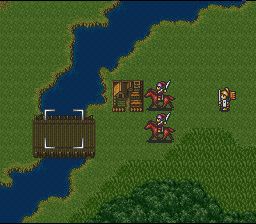 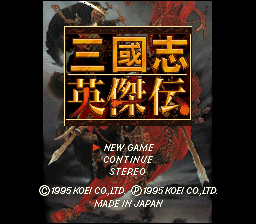 Sangokushi Eiketsuden ("Romance of the Three Kingdoms: Brave Hero Biography") is a spin-off of Koei's strategy series Sangokushi, or Romance of the Three Kingdoms, that focuses on a single major character from the conflict. The game splits its time between strategic battles featuring multiple soldier units and an "adventure" mode where Liu Bei visits towns, discusses topics with NPCs, purchases new equipment and recruits for his army. During battles, players select which units to take into combat with them (though several major characters, like Liu Bei, are mandatory) and fight skirmishes with the enemy units. Depending on the player's choices in combat and in the adventure mode, the story may branch and they can end up fighting different battles.