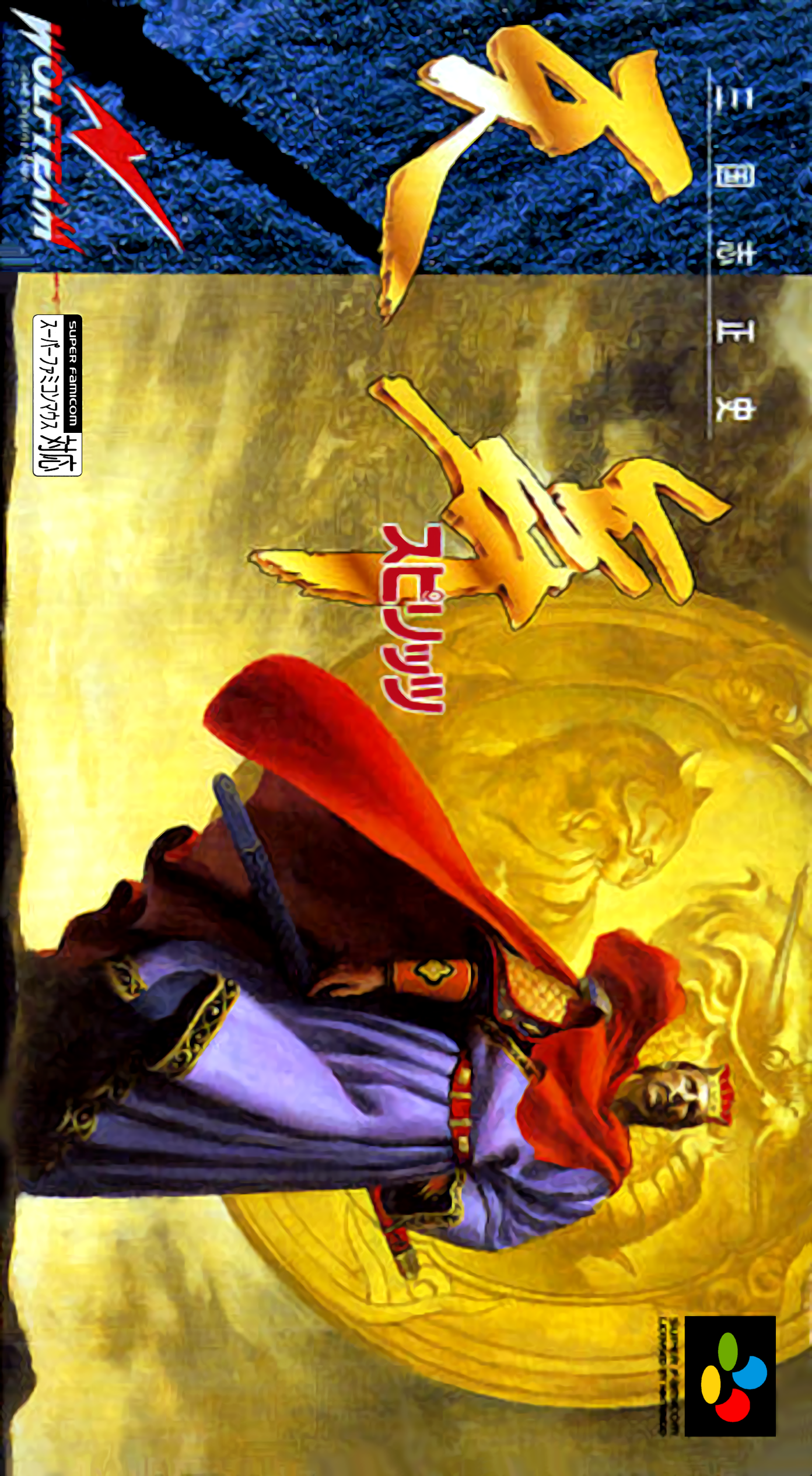 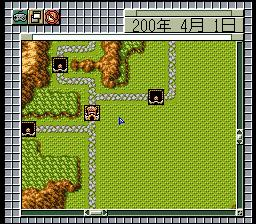 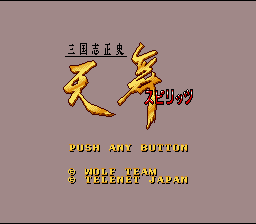 Sangokushi Seishi: Tenbu Spirits ("Romance of the Three Kingdoms True History: Tenbu Spirits" where tenbu is the Japanese word for the Buddhist term "deva", or higher being) is a strategy simulation game set during the Three Kingdoms era of Ancient China, based specifically on the novel Romance of the Three Kingdoms. The player assumes the role of a warlord and conquers territory from rival kingdoms. Unlike most games of its type, the campaigns play out in real-time and requires that players remain vigilant. The game is based on Wolf Team's earlier game Tenbu: Sangokushi Seishi for the NEC PC-9801, which had many sequels on the same platform. Tenbu Spirits is an enhanced port built specifically for the Super Nintendo. A Sega CD variant, Tenbu: Mega CD Special, was created the previous year.