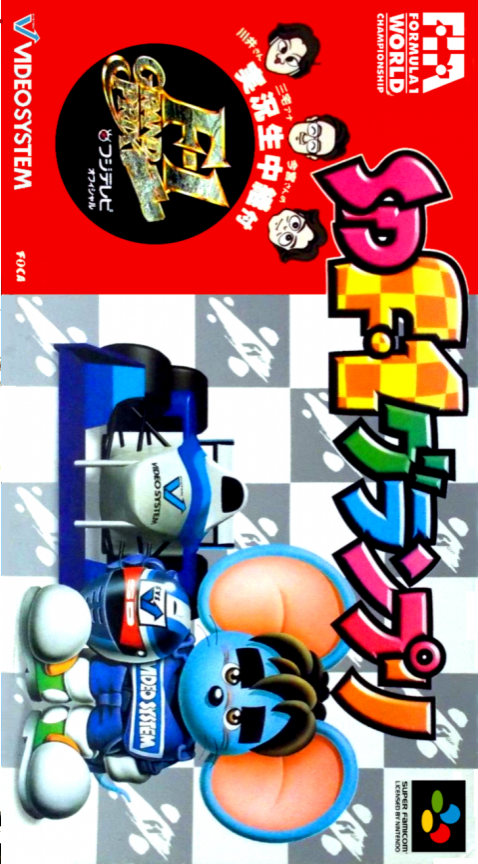 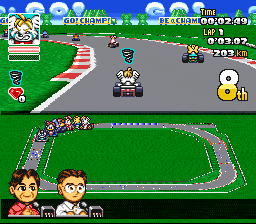 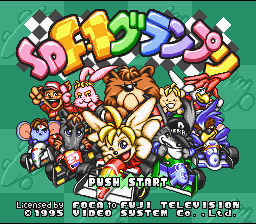 SD F-1 Grand Prix is a comedic spin-off of Video Systems's F-1 Grand Prix series. Rather than featuring real teams and drivers from Formula 1, it features ten anthropomorphic characters riding very small versions of the various Formula 1 open-wheel vehicles. It still features the licenses of FOCA and Fuji Television, two organizations that control the Formula 1 licensing rights in Japan. The game is loosely inspired by Super Mario Kart and its imitators. The game depicts the course from behind the player's vehicle, with the second half of the screen taken up by either the second human player (if applicable) or an overhead map of the course and the progress of all the competitors. Uncommon for a cart racer, SD F-1 Grand Prix allows the player to earn money based on how they ranked and use that money to upgrade their vehicle between races.