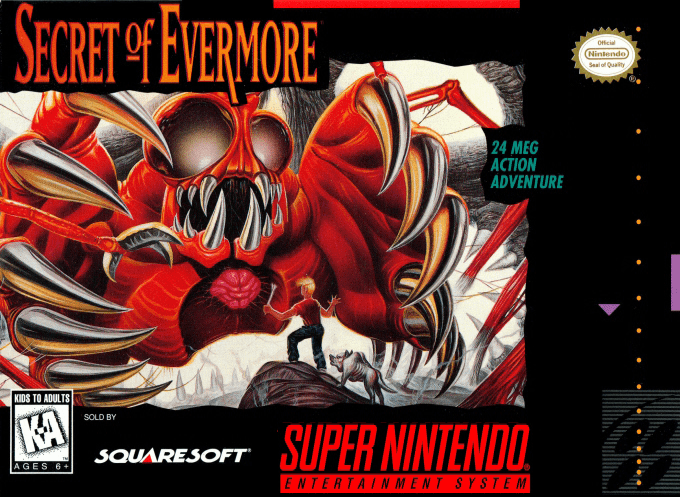 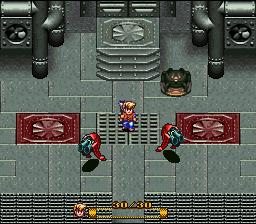 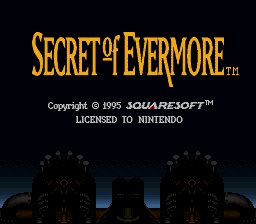 You start out as a nameless boy and his dog, literally from the town of Podunk. You chase the dog into an old abandoned mansion, where a scientist lived 30 years ago. Some of his equipment is still operational, and when your dog chews on it, you're both sent to the strange world of Evermore. Now you must try to get back. The action-RPG gameplay is very much like Secret of Mana, with a few key changes. Multiplayer is out. Rather than three characters, there are just the two. The equivalent of magic is alchemy, where each effect requires several base ingredients which you gather as you go along.