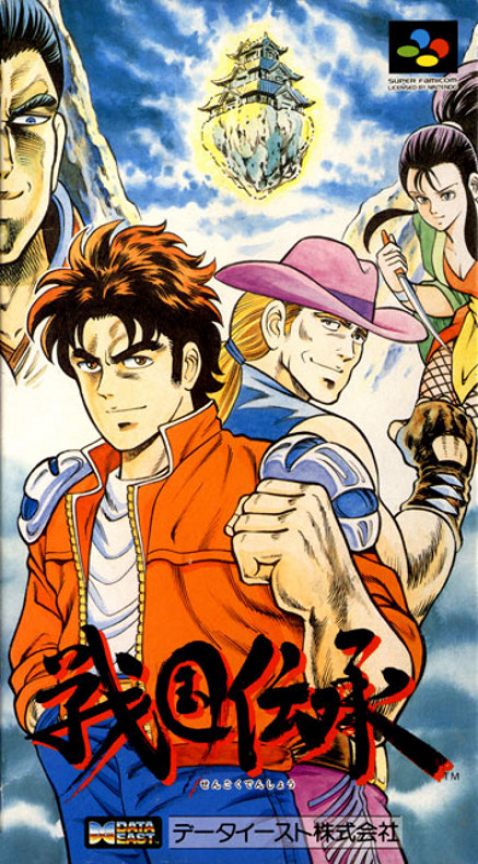 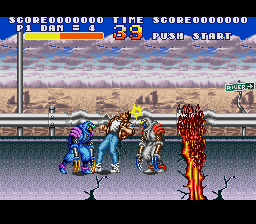 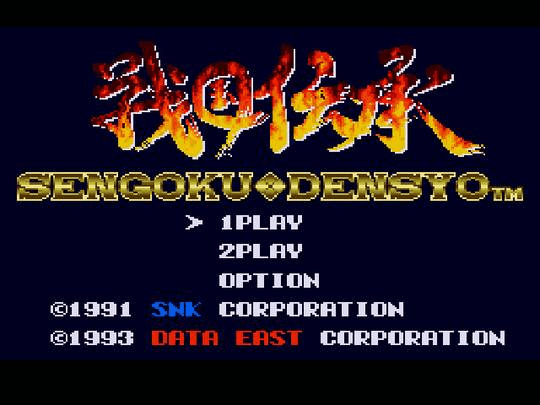 A 2D side-scrolling beat 'em up, Sengoku casts you and a friend as two renegade fighters out to beat the crap out of the many assorted gangs that threaten the post-apocalyptic cities of the future. Unfortunately for them they also get caught in a time-warping scheme caused by the evil Nobunaga who attempts to invade the time period with mythical warriors and evil creatures from the Japanese sengoku period. The game thus takes you from the city to a spirit-realm from time to time, in which you must fight all sorts of Japanese mythical figures, and release three haunted spirits that can aid you in your battle. Collecting orbs from defeated enemies allows you heal up, gain weapons and even energy attacks and also summon the warrior forms of the spirits you released, which change your character's form and give you a new collection of attacks and powers.