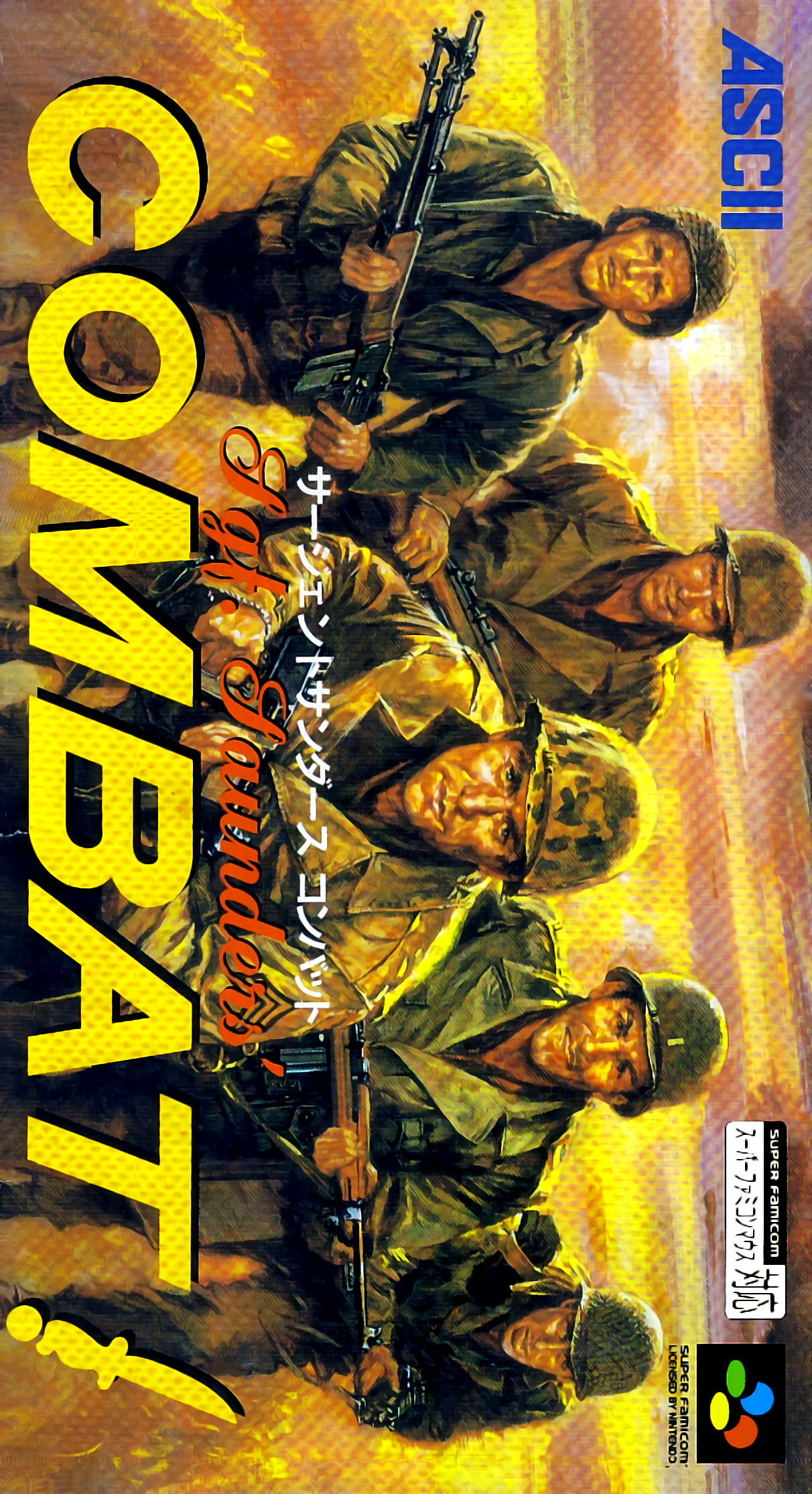 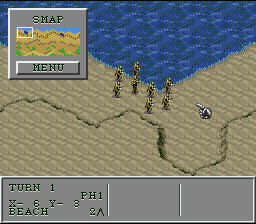 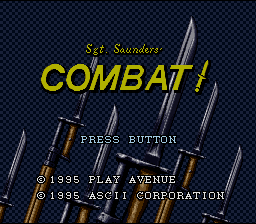 Sgt. Saunders' Combat! is a 1995 strategy game for the Super Famicom that takes an isometric perspective and liberally uses clips and images from the black and white ABC TV show Combat!, which ran from 1962 to 1967 and continues to hold the record for the longest running TV show based on the second World War. Sgt. Saunders was one of the major characters from Combat!, played by Vic Morrow.nnnnIn an unusual twist, Activision purchased the license to use it for video games, and permitted ASCII Corporation to publish the game in Japan first. The Japanese version of the game credits Activision for the use of the license. However, when it came time for the North American version of the game to be released, it was cancelled mid-production instead.nnnnThe game is reminiscent of many of other ASCII's strategy games; it has a lot of attention to detail regarding characters from the show and the vehicles and weapons that were used during WW2, and is deliberately paced.