Shadow Dancer : The Secret of Shinobi 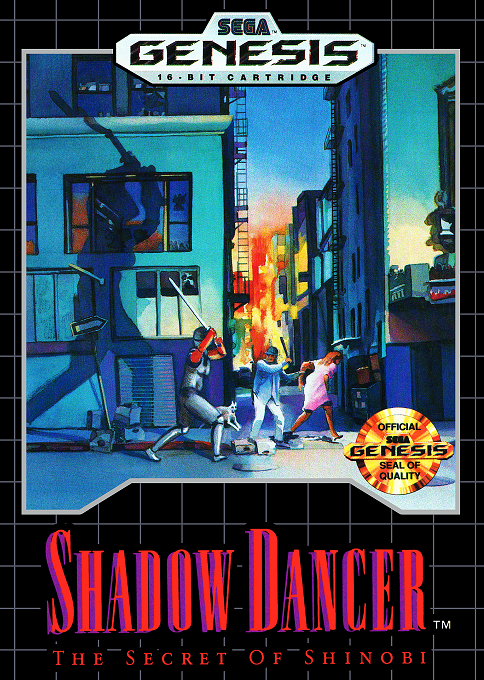 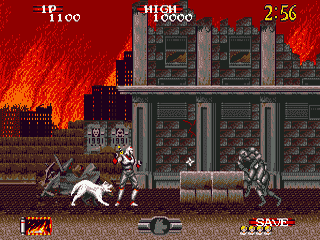 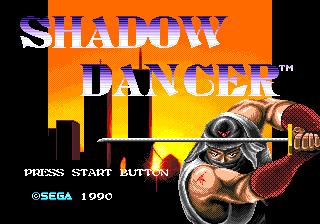 A.D. 1997, New York City Having vanquished the evil crime empire, Neo Zeed, the ninja master Shinobi and his combat ninja skills were not heard from for some time. But a new threat arose, in a reptilian form that lived on vicious instinct alone. The colossal monster moved slowly and quietly, and its attack was relentless. The souls unfortunate enough to survive became hostages, and mass panic swept the streets. It remained only for Shinobi to take action. His weapons were stealth and quickness of attack, his only allies facing overwhelming forces. Relying on Ninja weapons and magic, Shinobi fought on, assisted by his faithful dog. Shadow Dancer: The Secret of Shinobi is similar to Shadow Dancer for home computers, and consists of five missions containing three stages each. However, there are a few differences between the two. For example, in this Sega Genesis/Mega Drive exclusive, the stages are different, and you rescue hostages rather than disarm bombs. Each mission ends up with you fighting a boss, and when you defeat each (except the final one), you also participate in a bonus stage where you must shoot all ninja flying towards you. Some of the enemies are also quite different. Some of the lizards, which appear in later missions, leave a "lizard coin", which you can collect for bonus lives.