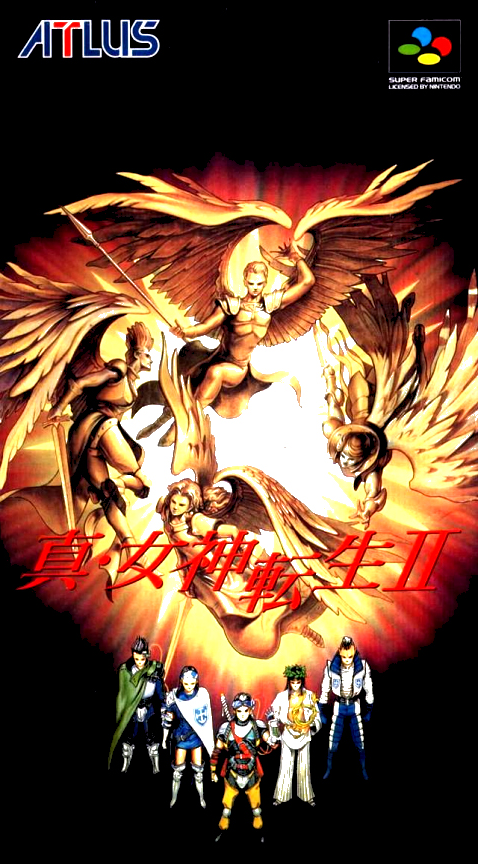 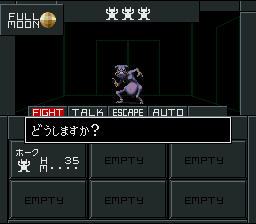 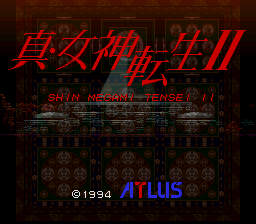 Shin Megami Tensei II is a direct sequel to the first game. The events of this game take place 20 or 30 years after the hero of the first game followed the neutral path, defeated the Asura Lord and the seraph Michael at the Cathedral, and founded a state where followers of both Law and Chaos ideals could live freely. But his reign of freedom doesn't last long. The Mesia faith gains power, expanding the Cathedral into a new enclosed environment named Millenium. The Gaians rise up, but their rebellion is repressed by the Mesians' elite warrior class, the Temple Knights. Some years later, a retired arena fighter Okamoto discovers a man fighting for his life against a demon. He rescues the man, who doesn't even remember his own name, and trains him to fight in the arena so they might both go on to a better living in one of the upper-class areas of Millenium. And thus the new battle for a better future begins... "Shin Megami Tensei II" features all the gameplay innovations of the previous game. You can summon demons, fuse them, make them battle for you, talk to random enemies and receive information from them, etc. The combat is turn-based, and you explore the dungeons from a first-person perspective view.