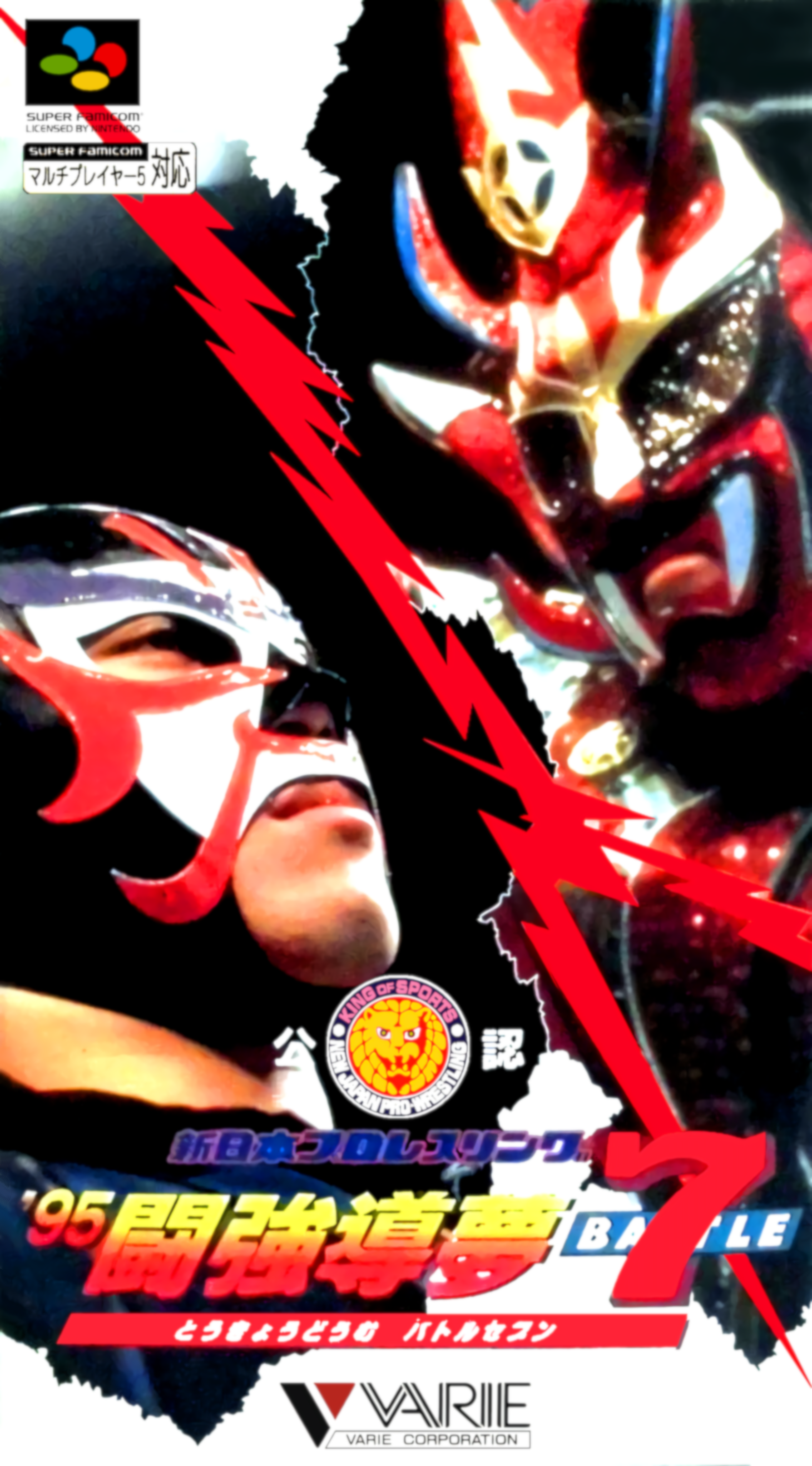 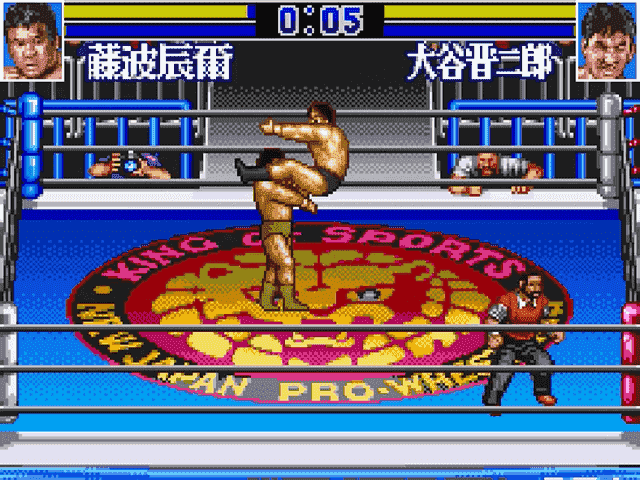 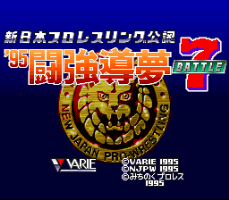 Shin Nippon Pro Wrestling '95: Tokyo Dome Battle 7 is the third and final game based on the New Japan Pro Wrestling (NJPW) promotion that Varie produced for the Super Famicom. Its roster includes many of the major talents involved with the promotion in 1995.nnnnIt is named for and based on the Battle 7 NJPW event which was the 1995 iteration of the January 4th show that the NJPW puts on every year at the Tokyo Dome. Battle 7 was the fourth iteration of the event. It would later be renamed a few times, but settled on Wrestling World in the early 2000s and later Wrestling Kingdom from 2007 to the present day.nnnnThe game includes a Battle 7 competition mode, which covers matches from the event, as well as a G1 Climax mode which is based on the August annual NJPW event of the same name. The game also includes standard Versus and Battle Royale modes, as well as a title match for the IWGP Heavyweight Championship belt. Every event has a singles or tag option, except for Battle Royale which is a four-person free-for-all.