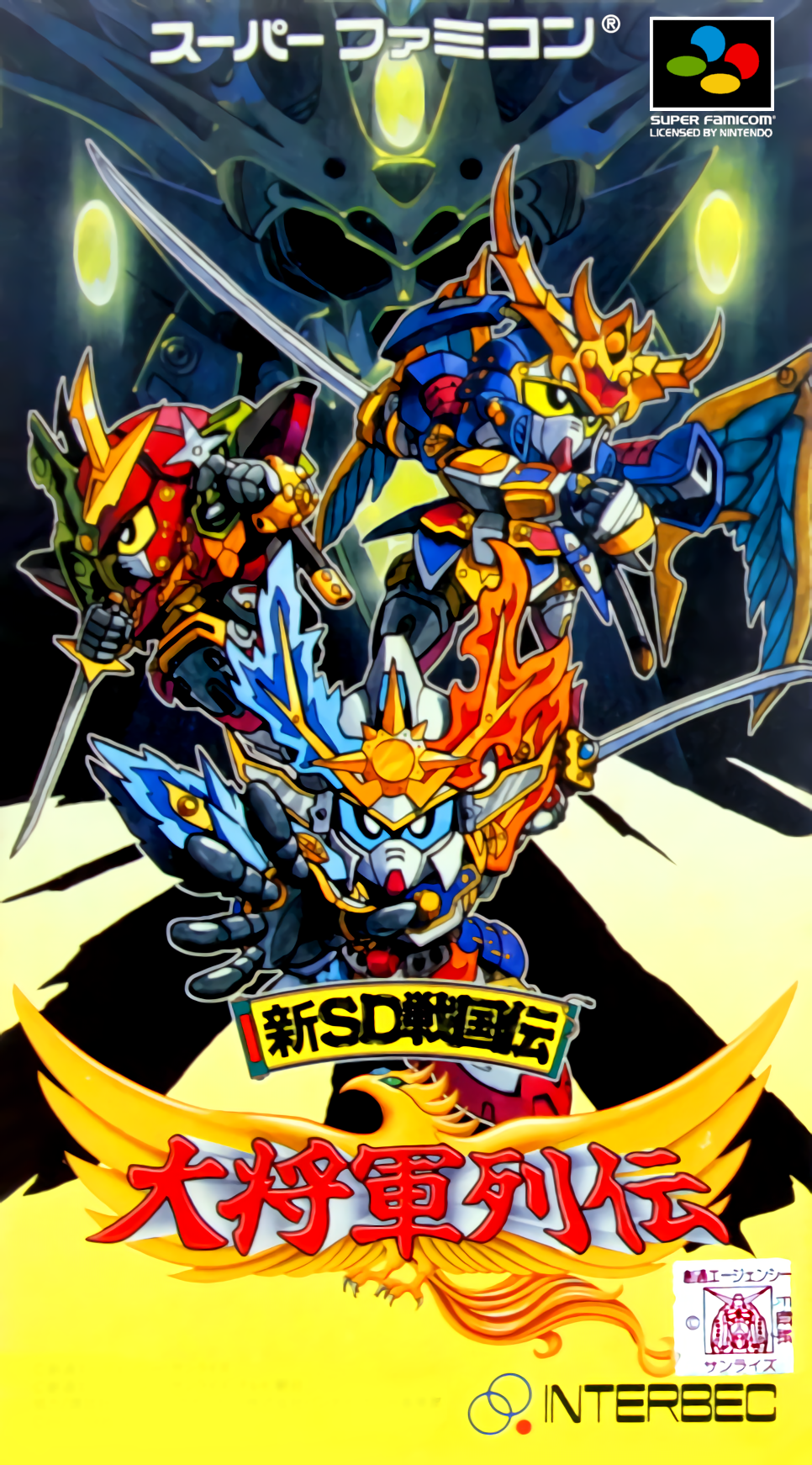 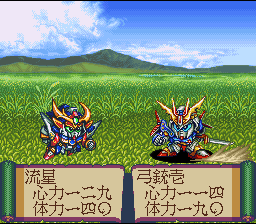 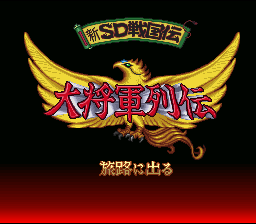 Shin SD Sengokuden: Daishogun Retsuden ("New SD Sengoku Chapter: Daishogun Biographies") is a licensed Super Famicom strategy game based on Shin SD Sengokuden, which is a spin-off of the larger SD Gundam universe which presents the Gundams themselves as sentient beings with super-deformed proportions. SD Sengokuden and Shin SD Sengokuden recontextualizes the struggles of Gundam F91, V Gundam and G Gundam as fighting against a corrupt feudal lord in an alternate version of the Sengoku historical period of Japan. The game has the player raising mighty armies and taking on armies of enemy units in a turn-based strategy format reminiscent of Banpresto's Super Robot Wars series as well as many previous Gundam titles. The game doesn't have the standard system of one side moving all their units before switching control over to the opposing forces; instead, every unit has an active cooldown that the player can watch tick down as their next turn approaches. Some units are faster than others and can take their next turn sooner.