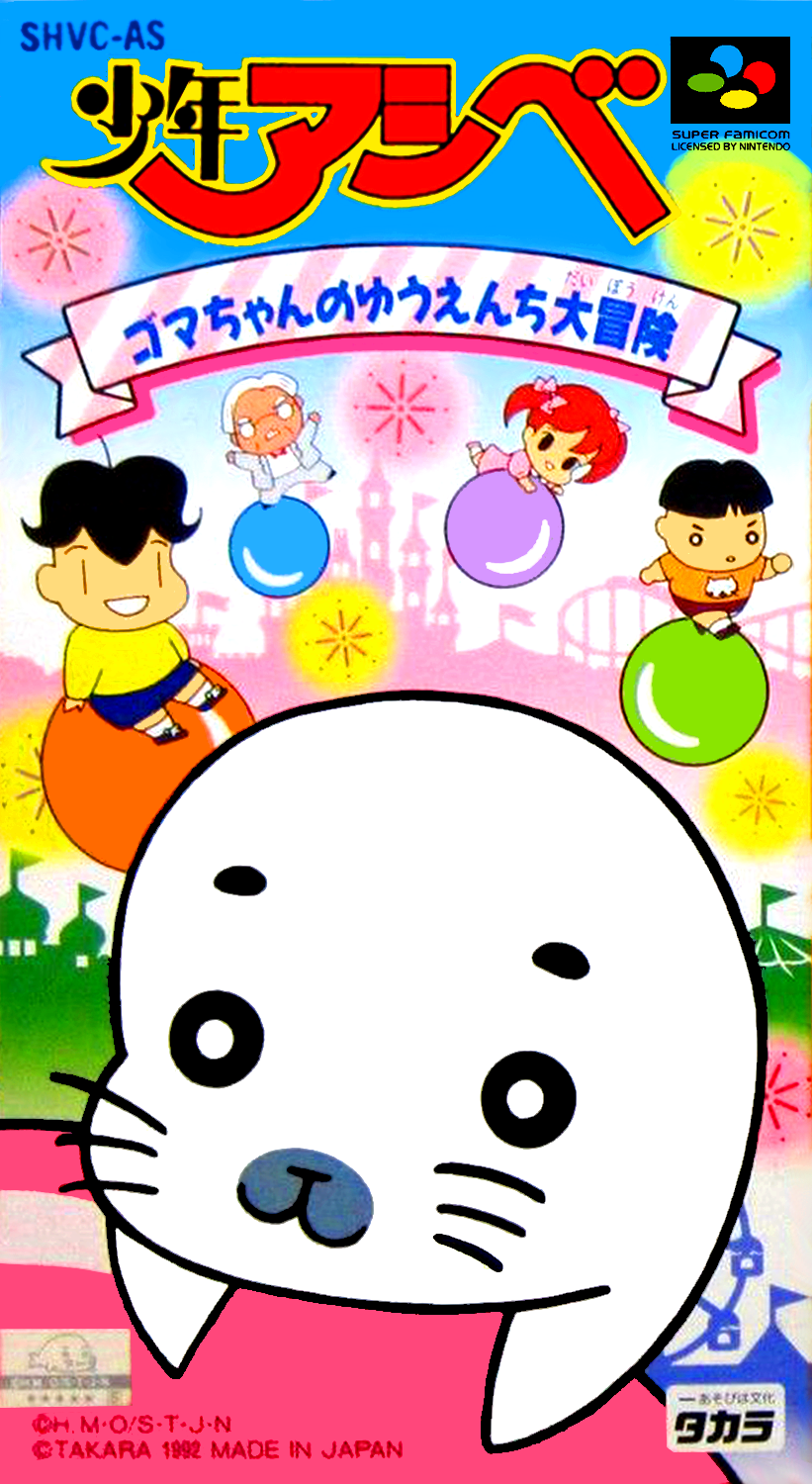 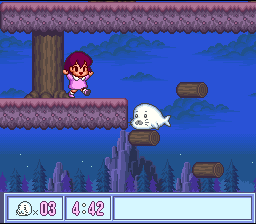 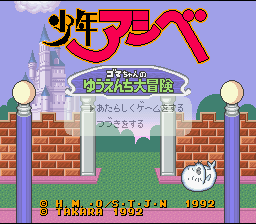 Shounen Ashibe: Goma-chan no Yuuenchi Daibouken (lit: "Boy Ashibe: Goma-chan's Great Amusement Park Adventure") is a Super Famicom platformer from Nova Co. and Takara. The player alternates between controlling the human Ashibe, as he escorts his friends across a world map while talking to NPCs and following the game's story, and the seal Goma-chan in 2D platformer stages where he must track down eight items by investigating his surroundings thoroughly. While Goma-chan can't be hurt by enemies, colliding with them causes him to lose one of the eight items he's already found - as the stages have a strict time limit, it's best to avoid this situation whenever possible. Shounen Ashibe was originally a Shounen Jump serialized manga before becoming an anime TV series in 1991, a year before this game was released.