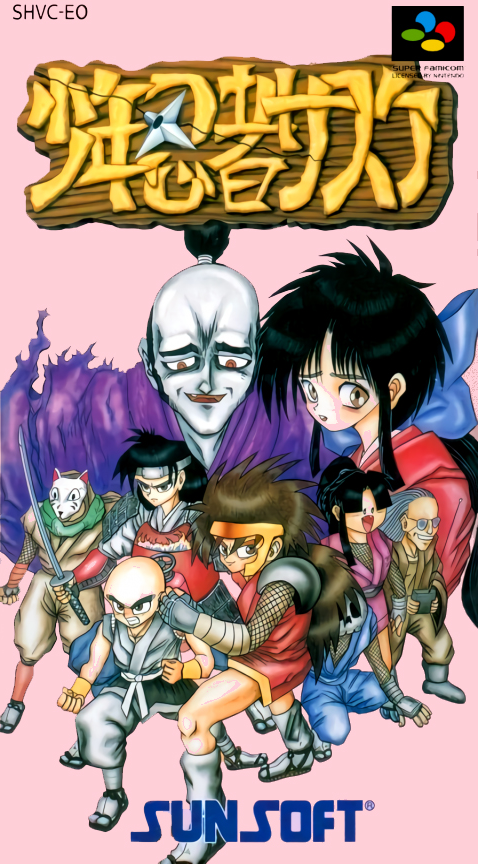 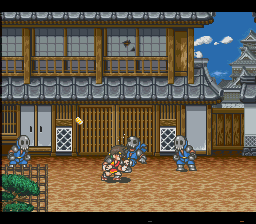 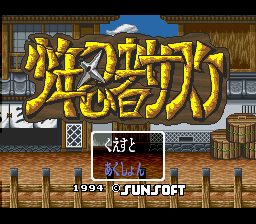 Shounen Ninja Sasuke ("Boy Ninja Sasuke") is a comedic brawler published by SunSoft exclusively for the Super Famicom. The player, as the eponymous ninja, must rescue the daughter of a local lord by fighting his way through hordes of masked bandits led by a mysterious warlord. A second player can join in as Sasuke's monk friend Chin-nan. The game has a distinct sense of speed and verticality, and it's recommended that the player(s) try running and jumping around performing aerial attacks rather than staying on the ground and getting quickly swarmed by enemies.The game was published by SunSoft and developed by an unknown developer, though Mint is thought to have contributed to its sound design. A US SNES localization, with the title Boy Ninja Sasuke, was briefly considered but then axed.