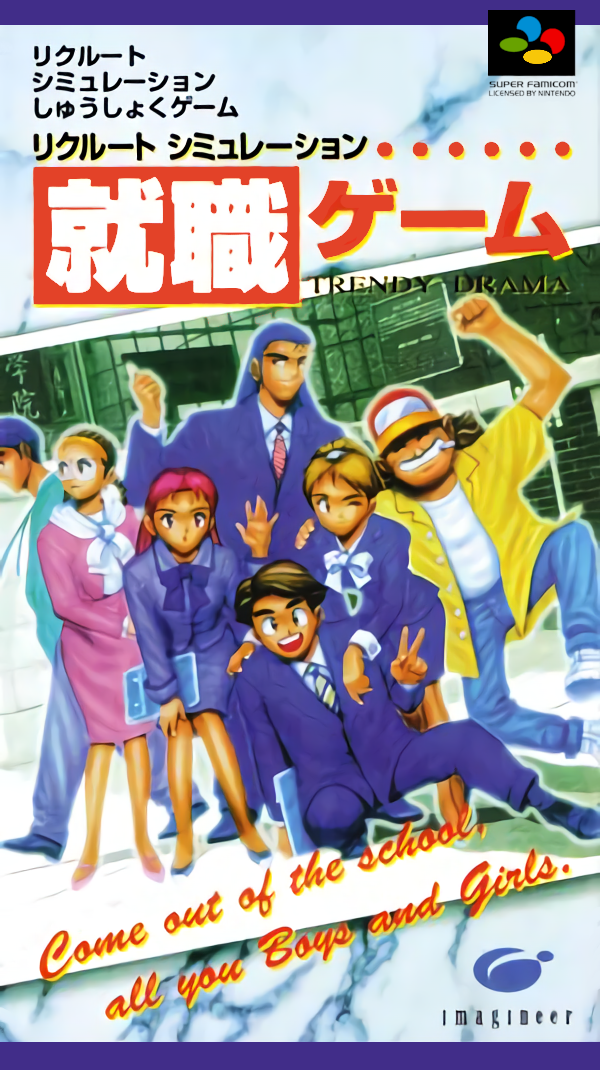 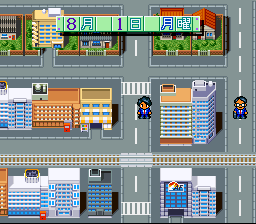 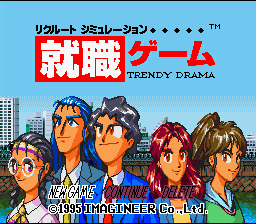 Shuushoku Game (or SG: Trendy Drama) is a Japan-exclusive video game based around the Japanese sub-culture of Japanese drama, "Trendy Drama" (hence the name), which is a form of drama typically targeting young children and young adults and is based around normal human issues such as love, family problems, and other social issues. To find a game that takes it as literally as this game does is harder to come by than one might think. Shuushoku Game is specifically based around the Trendy Drama sub-culture during the shift in its popularity from the mid eighties to early nineties when Japan was experiencing a "bubble economy". In this game, the player is part of a young team of white-collar Japanese workers and entrepreneurs in training who act as the player character's friends, rivals, and love interests, the main of which are in their early-to-mid twenties. The game ranges from doing everyday things such as hanging out with friends and grabbing drinks at the local bar to traveling to other cities, meeting bigwig business men with whom the player must make business proposals, and monitoring the business giants and making important business decisions to remain competitive. Despite the sound of it, the game isn't overly complex (and the ability to save between most events makes things easier). Shuushoku Game will appeal to those into the whole "Trendy Drama", soap opera business.