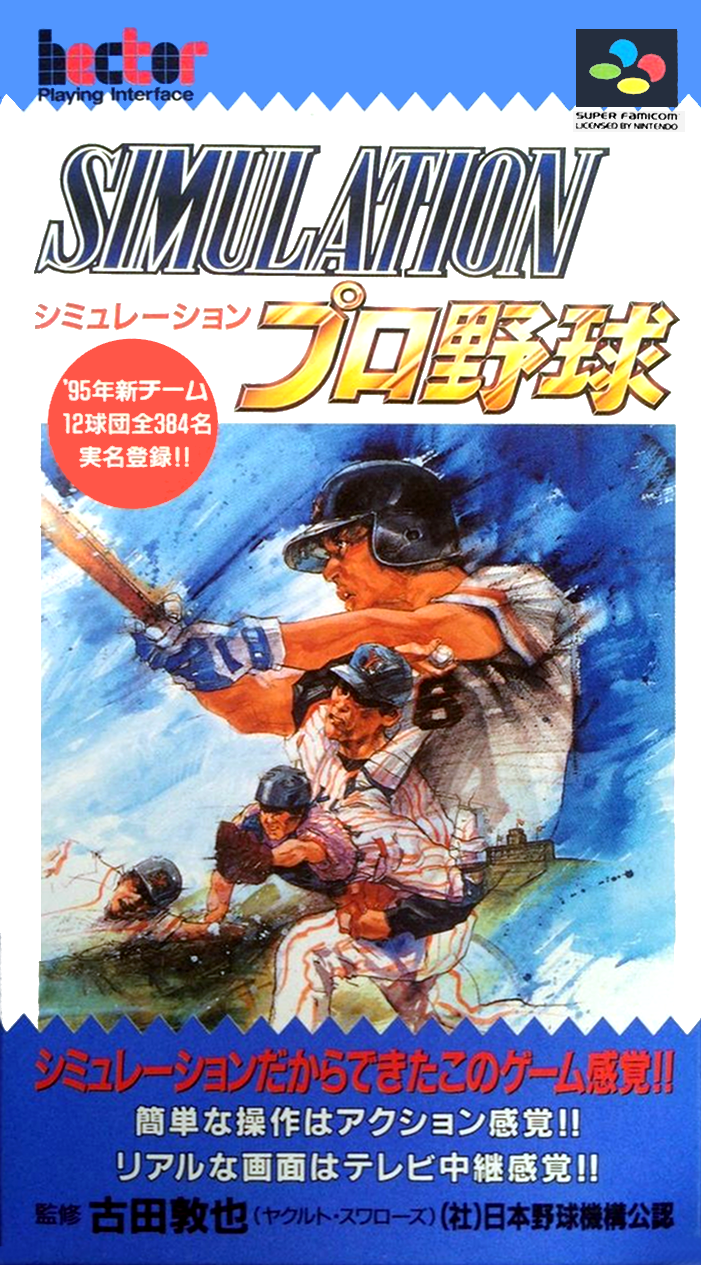 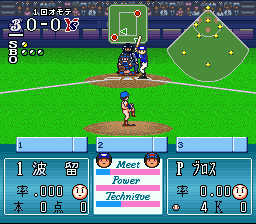 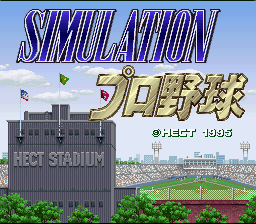 Simulation Pro Yakyuu is a baseball game from Hect for the Super Famicom, and the first of two games in the Simulation Pro Yakyuu series. Rather than an action game, the player determines the direction of the pitches and bats via a grid and the game plays automatically dependent on the player's choices.nnThe game provides a lot of information to players to help them decide on a winning strategy, including wind speed, batting averages and other statistics. When choosing a region on the grid to pitch to, the player can aim outside the "target zone" if they choose. When batting, the player can also send the command to steal bases with the four face buttons representing the four bases.