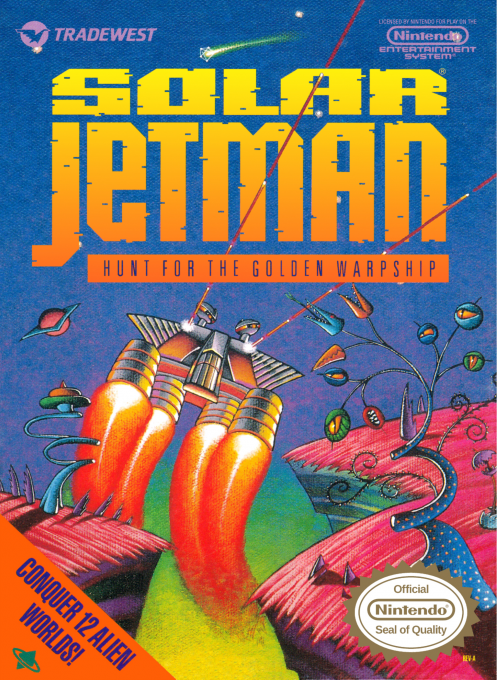 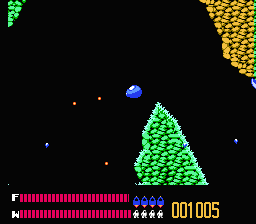 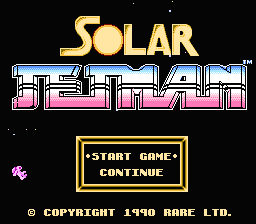 The golden warpship was once the most powerful ship in the galactic fleet. But the ship was captured by aliens, and its parts scattered throughout twelve different worlds. On each world deadly aliens, booby traps, black holes, and extreme gravitational forces guard the parts. It is now up to Solar Jetman to land on each of the worlds and retrieve all the parts so the golden warpship may be reassembled. At the beginning of each world, Solar Jetman starts out at the mother ship and explores using a jetpod. When a part of the golden warpship or something else of use is located, the jetpod can be used to haul it back to the mother ship. The mother ship will move on to the next world when all the parts on the current world have been brought back. If the jetpod takes too much damage, Solar Jetman must return to the mother ship for repairs before continuing the quest.