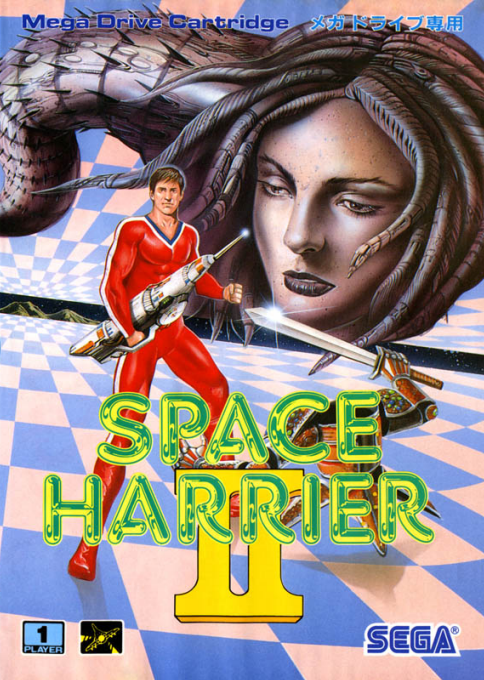 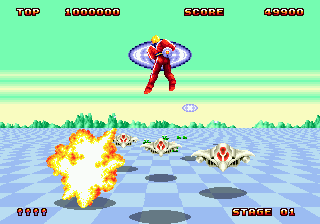 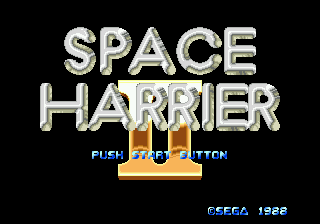 Space Harrier II follows (very closely) in the footsteps of its predecessor and involves you (a Space Harrier) going off to save "Fantasy Land". This combined with the many flashing gaudy colors the game throws at you leads me to believe that it was born out of a bad acid trip. There are 13 stages to complete by jetting around and blasting bad guys and bosses as they approach. The game is played from behind the main character and the landscape rushes up in 3D similar to the effect used in many car games such as Outrun. The game uses many of the enemies and bosses from the first Space Harrier, but adds an array of new ones as well.