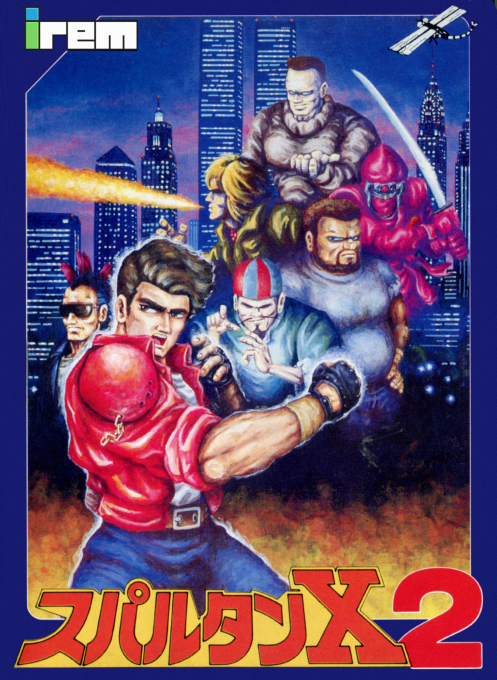 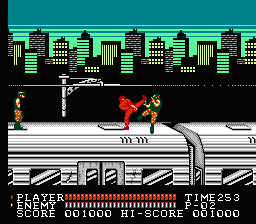 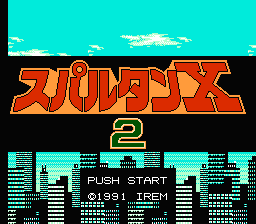 Somewhat more faithful to the plot of the movie than the first Spartan X game, it attempts to tell the same story: In Barcelona, Mr. X has captured the pickpocket Silvia. In order to get her back, Thomas, a Kung-Fu master who runs a restaurant must travel the city, eventually reaching Mr. X's castle and attempt to rescue her. Spartan X 2 is an expanded version of the original Spartan X game (aka Kung-Fu). Similar to that game, Spartan X 2 is a side-scrolling fighting game. Controlling Thomas, the player is able to move left and right, jump, kick and punch. Thomas has an energy bar and is defeated if he loses all of the energy. Some enemies drop items such as potions which will help replenish this bar. At the end of each level, Thomas encounters a boss. Story cutscenes are displayed between each level, where Thomas contacts other characters through use of a computer.