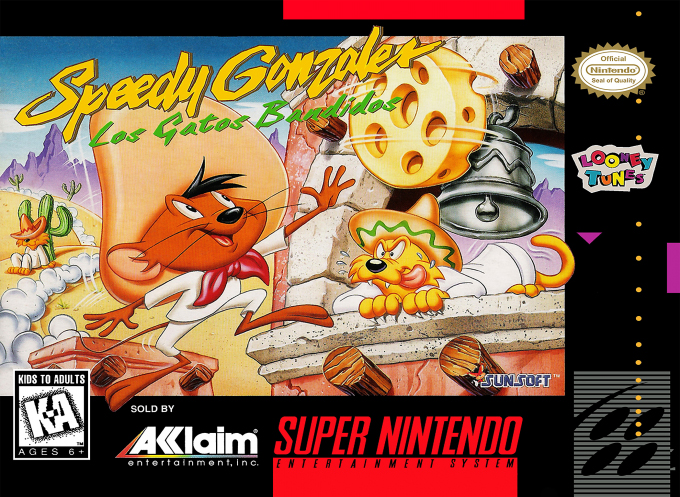 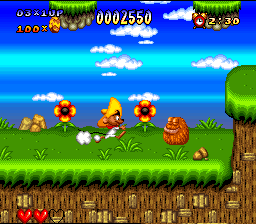 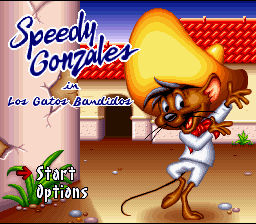 In a small Mexican village, all the mice were enjoying a fiesta until Los Gatos Bandidos, a group of cats, came and kidnapped them all. Only Slowpoke escaped and sent for his cousin, the fastest mouse in Mexico... Speedy Gonzales! Following the trail of the Bandidos, Speedy will enter each level and try to rescue as many mice as possible while chasing after cheese and avoiding natural hazards. Ariba! Ariba! The gameplay in Speedy Gonzales resembles the Sonic the Hedgehog series of games more than anything else. For the most part Speedy will run, run across fields and up slopes and into tunnels. There are also mousetraps which function similarly to Sonic's trampolines and will propel Speedy into the air. Speedy has a short range kick for attacking and can occasionally pick up items and use them at a later time.