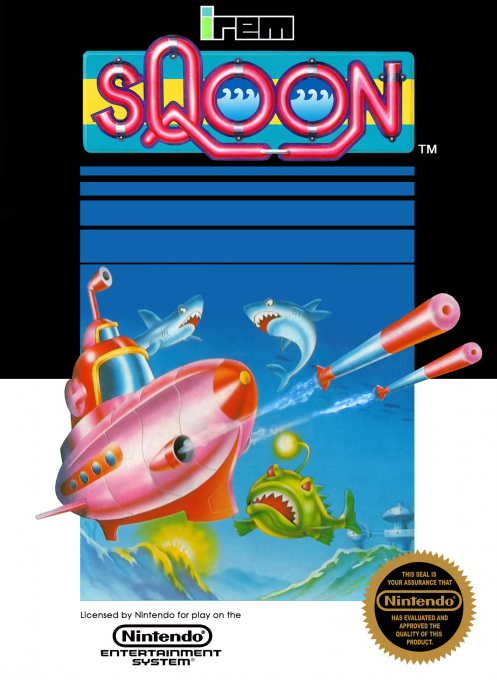 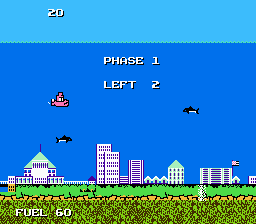 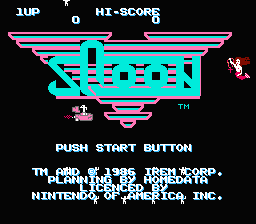 When the rulers of planet Neptune find that they are running out of their main food source  man-ham  they hit on a devious plan: Invade the nearby planet earth and melt the polar ice-caps, thus sinking all cities. Then imprison the human creatures in underwater factories where they can be turned into a fresh source of man-ham. The plan goes perfectly. The leaders of earth's nations are taken completely by surprise as the ice-caps melt and the globe is flooded. It seems that humanity will meet its end on the dinner plates of the Neptunian monsters. But wait! One hope remains, in the form of evil pirate Narikeen, who has been the scourge of the world's nations, pillaging and causing general distress in his pink submarine, Sqoon. The leader of the world's ailing defense force turns to this former public enemy number 1, and with some difficulty manages to convince Narikeen to save the world. In this side-scrolling shooter, you control Narikeen's sub, Sqoon. Sqoon is equipped with two weapons; an upgradable missile launcher which shoots straight ahead to take out the weird Neptunian enemies and an ice-bomb which shoots horizontally downwards to blow up factories and other installations. Destroying these buildings releases the humans inside, who then float out so you can rescue them. When you have nine people on-board, a small mobile island will appear on the surface, allowing you to drop off the humans and re-fuel. You'll need to save a lot of people and re-fuel regularly, as your sub only lasts about 60 seconds on one tank of gas. There are eight levels in the game, each set in a different (sunken) country. 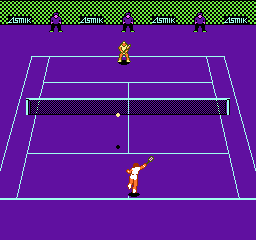 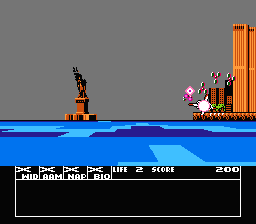