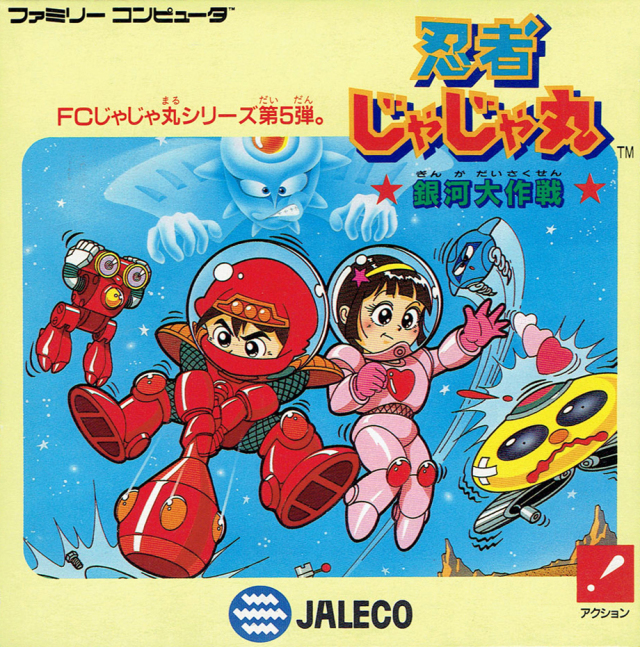 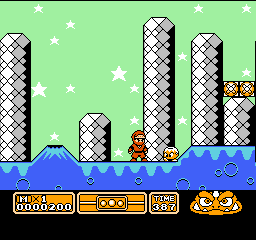 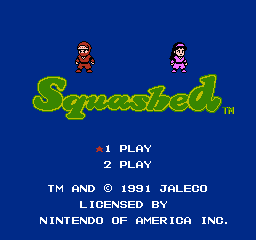 The game opens on a vegetative theme: siblings Maru and Cori are sent to bed early for not eating their vegetables, whereupon they drift off to sleep and dream together. Suddenly, a spaceship crashes before them! "Lettuce check it out," urges Maru. From the ship appears a man dressed as a king. "I yam King Kale," he says, "Won't you peas peas help me?" Yes, the flaccid puns start to fly from this point and don't let up until the very end of the game. Those expecting witty dialogue from this game obviously have never spoken to a game programmer before. It seems that King Kale needs the pair's help to prevent six worlds from being dominated by a mysterious being known as Vegetron. Every hero needs a nemesis, right? Unfortunately, despite managing to look almost evil in a cute way, Vegetron fails to come across as a threat to our heroes. One wonders how he even managed to dominate his back garden, let alone six planets, with his army of cute robots and "vegetable-themed" guardian minions, the latter of which are vulnerable in the same spots and which can be dispatched with almost the same pattern on each world. This is the same Vegetron who, after a single defeat at the hands of Maru, realizes the error of his ways and chooses to turn over a new leaf in a platitudinous soliloquy which goes on and on. That puts an end to Veggie's chances of reappearing in sequels without some kind of contrived plot twist. Our two heroes, then, set off on an adventure to save the kings imprisoned by the boss guardians on each of the six worlds. This being a platform game, each world has its own theme and pitfalls that need to be dealt with. These include the anti-gravity of the Space Fortress, fire pits of the Hot Pepper Planet, black holes of the Star-Spngled [sic] Squash, and requisite icy madness of the Frozen Vegetable Section. There is also a seventh world where the final battle with Vegetron takes place. 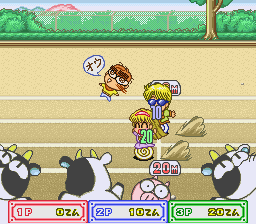 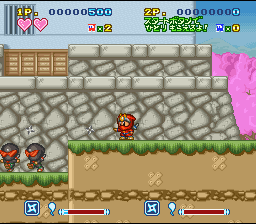 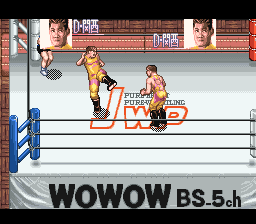 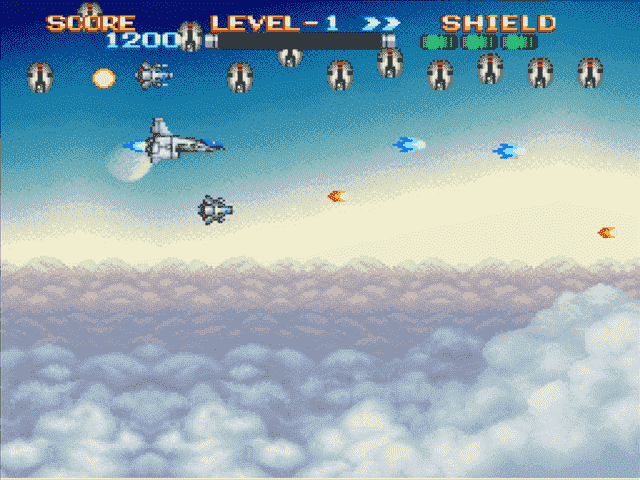